Royal Challengers coach Gary Kirsten, made it clear on the eve of the match that they would approach tomorrow’s game to win it. 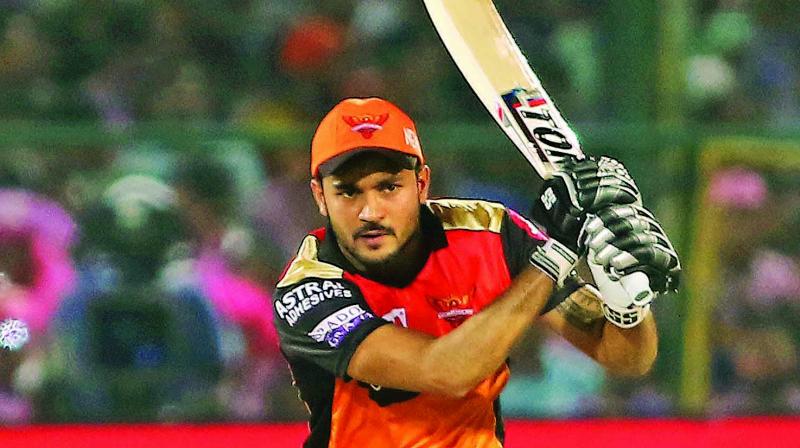 BENGALURU: Another season has gone by, another disappointment it has turned out to be for the Royal Challengers Bangalore. There is little to play for when they take on the Sunrisers Hyderabad in their last home game, except to send the home fans back home happy after a season that has once again flattered to deceive after promising much. The Virat Kohli led side have been stuck in the bottom half of the table for the most part of the season and will look to avoid finishing last and denting the Sunrisers chances of making it to the playoffs.

Kirsten also rued the absence of Australia fast bowler Nathan Coulter Nile, who has not played for the franchise this season. “One of the toughest thing we have to deal with is this season is our international fast bowler never arrived. So that’s been quite a tough thing to deal with,” he added.

In the other camp, it is everything to play for, as the Sunrisers after falling to a defeat in the super over against Mumbai Indians will look to seal the final playoff berth. They have their destiny in their own hands and will want to return to winning ways instead of hoping for other results to go their way. The Sunrisers also have an added advantage of a superior net run rate.

The reverse fixture earlier in the season saw the Sunrisers thump Royal Challengers by a massive 118 runs. The opening duo of Johnny Bairstow and David Warner put on a record 185 runs partnership for the first wicket but will be missing this match as they have left for their national camps ahead of the World Cup. Martin Guptill and Wriddhiman Saha have slotted in as openers and will be expected to give a good start.

Manish Pandey’s resurgence at No.3 could not have come at a better time as question marks still linger over the middle –order for the Sunrisers. Pandey’s brilliant knock against Mumbai ensured that the game went into the super over and more will be expected from the middle order to shoulder responsibility with captain Kane Williamson yet to find form with the bat.

The bowling department looks pretty much settled with Bhuvneshwar Kumar and Rashid Khan, the leaders of the attack. Basil Thampi was expensive in the only game he played against Mumbai and will be interesting to see if he is persisted with as Sandeep Sharma and Siddharth Kaul wait on the sidelines.