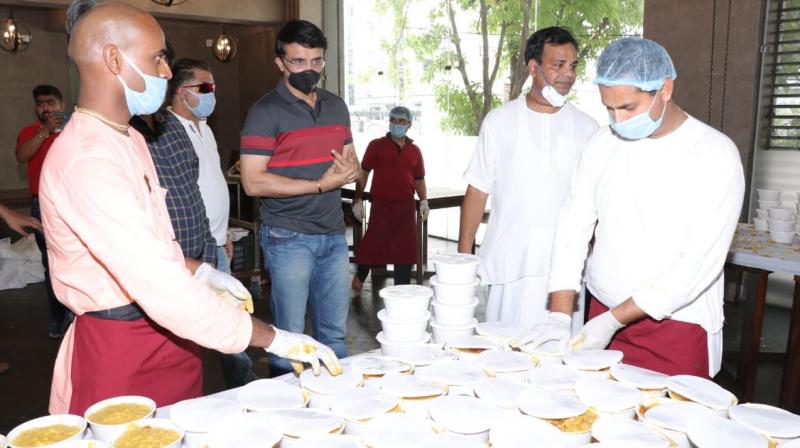 Wearing all protective gear such as mask and gloves, the former India captain visited the ISKCON city centre and promised support.

"From ISKCON Kolkata we were cooking food for 10,000 people daily. Our dear Sourav Da has come forward and extended all his support and gave a donation which enables us to double our capacity to 20,000 people every day," Radharaman Das spokesperson and vice-president of ISKCON, Kolkata centre said.

Ganguly had earlier donated 20,000 kilograms rice at the Belur Math, the headquarters of the Ramkrishna Mission.

"I am a great fan of Dada and have watched many of his innings on the cricket ground. But his innings of feeding 10,000 people every day is the best one. ISKCON expresses its immense gratitude to Ganguly," Das added.

ISKCON is distributing food to four lakh people daily across the country.