The fine is equivalent of the match fee the player would have received for playing one Test match. 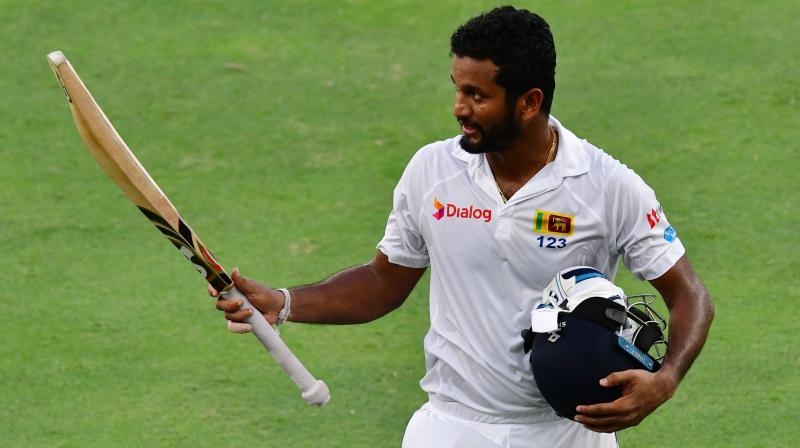 Following this incident, the player was arrested and released on bail and his driving license was suspended. (Photo: AFP)

London: Dimuth Karunaratne, Sri Lanka's Test captain was fined USD 7500 by Sri Lanka Cricket (SLC) on Tuesday, after his drunken-driving incident on Sunday, which was a violation of his player contract.

This fine is equivalent of the match fee the player would have received for playing one Test match.

"When you are preparing for an important competition like the World Cup, and we're spending so much money on this upcoming [Super Provincial] domestic tournament, we just cannot tolerate this kind of nonsense," ESPN Cricinfo quoted SLC secretary Mohan de Silva as saying.

The player was involved in an accident on Sunday morning with a three-wheeler in Colombo, which put the driver of the vehicle in the hospital with minor injuries.

Following this incident, the player was arrested and released on bail and his driving license was suspended. The driver of the three-wheeler has been since discharged from the hospital.

Karunaratne after the incident issued an apology on Twitter.

SLC said in order to send a strong message to other players, it has imposed such a hefty fine on the player.

"We just want to send a strong message to everyone that we mean business," de Silva said.

Karunaratne had led the Sri Lankan team to their historic Test series win against South Africa in February, following which he was being talked about by the national selectors as a prospective World Cup captain.