Sports   Cricket  04 Apr 2019  ‘Power-hitting is one area of concern for us’: Mickey Arthur
Sports, Cricket

‘Power-hitting is one area of concern for us’: Mickey Arthur

The series against Australia proved to be a test for assessing Pakistan’s bench strength ahead of the World Cup. 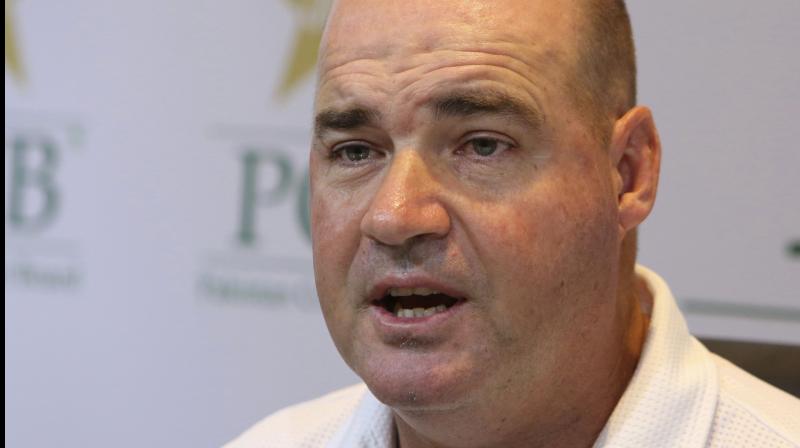 Arthur has until April 23 to name his World Cup squad. (Photo: AFP)

Dubai: Pakistan coach, Mickey Arthur, has cited lack of power-hitting as one area of concern for Pakistan team ahead of International Cricket Council (ICC) Men’s Cricket World Cup, scheduled to begin from May 30.

“Power-hitting is the one on which we need to work constantly. I've asked the skill coaches to give me plans and we will start implementing in the next couple of days,” ICC quoted Arthur as saying.

“That's one of our areas of concern. We have to make sure that we get our guys to bat in those positions as best as they can. That's the reason we used Faheem Ashraf in two games. He has done hell of a work in that regard and we wanted to give him more batting time. We have worked really hard with Imad Wasim in that role,” he added.

Australia whitewashed Pakistan by 5-0 in a five-match ODI series, which concluded on 31 March. Despite the defeat, the series proved to be a test for assessing Pakistan’s bench strength ahead of the World Cup.

Arthur has until April 23 to name his World Cup squad.