New Zealand lost the finals against Australia in the 2015 World Cup. 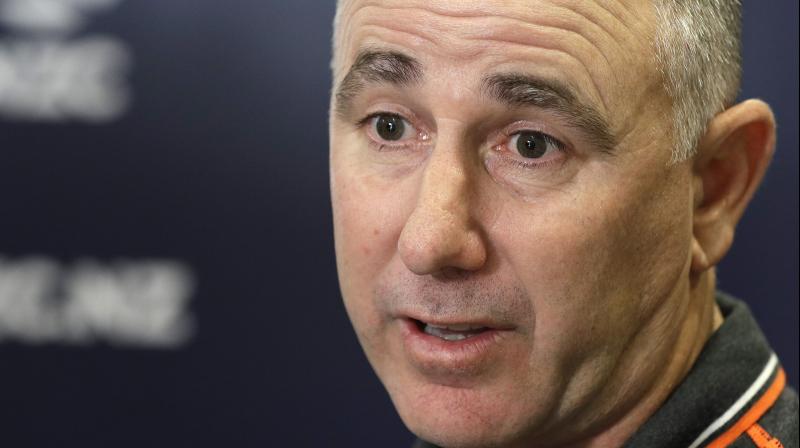 London: Gary Stead, the head coach of New Zealand which on Wednesday named their 15-member squad for the upcoming World Cup, believes that bowling teams out at the World Cup rather than just restricting runs will play a key role in winning the matches.

"You will have nine [other] teams who will all have slightly different ways of playing, the word is it will be a high-scoring World Cup as well, but the best chance with the ball is certainly if we can bowl teams out and be aggressive in that. Think that will be a critical factor," ESPN Cricinfo quoted Stead, as saying.

The Kiwis opted to give leg-spinner Ish Sodhi a go in the World Cup squad ahead of Todd Astle in the squad. It is unlikely that Sodhi will play many matches in the tournament as the team is loaded with fast bowlers and they can be given a more consistent run in the tournament as England pitches are more suitable for fast bowling.

Tim Seifert, the wicket-keeper batsman who had a good T20I series against India earlier this year was not named in the squad. It appears that his ability behind the stumps was as much of a decision maker as a broken finger he suffered recently. Tom Blundell was named as a second choice wicket-keeper for the team in the squad.

"In the end, we have gone with Tom Blundell. We believe his keeping ability is superior," Stead said.

"We will have three training camps through April which will involve many players who are not in this squad as it's important they're ready on standby should we lose anybody in the lead up to or at the tournament," Stead said.

New Zealand lost the finals against Australia in the 2015 World Cup.

Ross Taylor, the Kiwi middle-order batsman will be playing his fourth World Cup and he believes that falling just short of the title last year will drive the team to perform better this time around.

"I think the last World Cup will play a big part in terms of dealing with those big games, we were pipped in the last game which was disappointing but think the players will use that as motivation - a lot of those guys who played in the final are in this side and hopefully we can go one step further," ESPN Cricinfo quoted Taylor as saying.