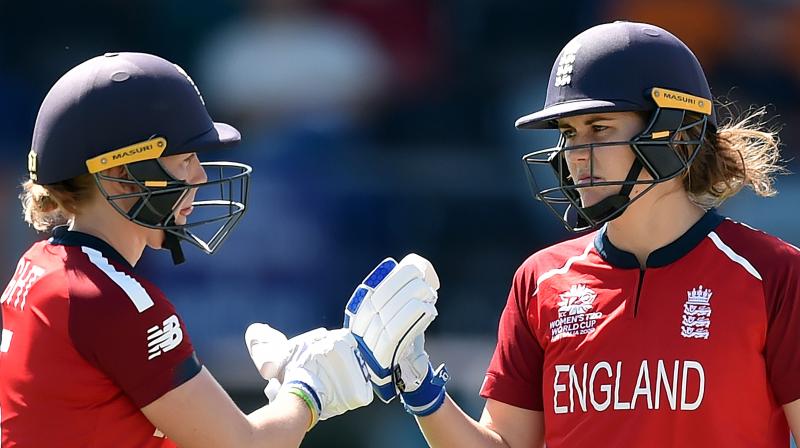 Sydney: Firm title contenders after a sensational unbeaten run in the group stages, India will have to ensure a solid all-round performance to get the better of formidable England in the semifinals of the ICC women's T20 World Cup here on Thursday.

India have been the best side so far and they would be seeking their maiden final appearance in the showpiece's history with a win over England on Thursday.

India have never reached the final in the previous seven editions but this time they have emerged as serious title contenders after a string of superlative performances.

They began with a win over defending champions Australia and since then have gathered strength with every match, beating Bangladesh, New Zealand and Sri Lanka to top group A with eight points from four matches.

The Indians are in red-hot form, but history favours England as they have won all the five matches played between the two sides in this tournament. The last time, the two teams met in a T20 World Cup, England won by eight wickets in the semifinals in West Indies. Before that, India lost in 2009, 2012, 2014 and 2016 editions -- all in group stages.

The current team has seven players  who played in the 2018 semi-finals and they would be looking to turn the tables on the Englishwomen this time. The Indians will also take confidence from the win against England in the tri-series in Australia ahead of this World Cup.

For England, who have qualified for the semifinals after finishing second in group B with three wins and one loss, batting has been their strength. Natalie has plundered 202 runs with an average of 67.33, including three fifties, and the Indians will have to find a way to stop her in her tracks.