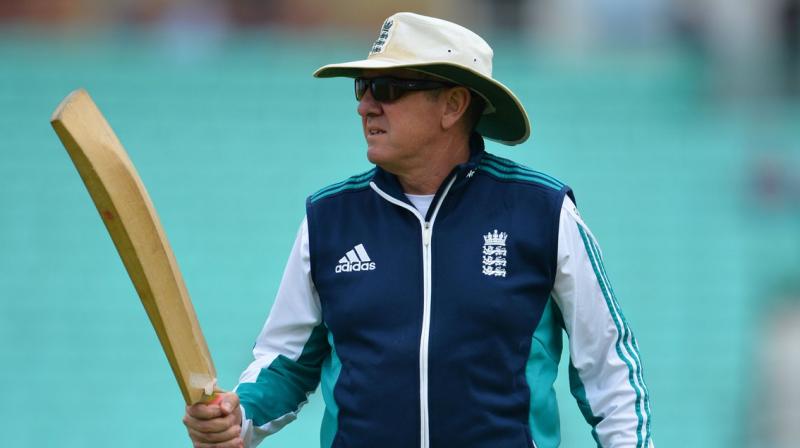 Since, the appointment of Trevor Bayliss as the head coach, England went through a tremendous turn-around changing their batting approach, playing attacking cricket from the first ball of the match. (Photo: Twitter)

Delhi: England will go into this year's World Cup as the favourites. This can be considered a remarkable change in fortunes considering their performance in the previous two World Cups in 2011 and 2015.

England's batting approach was considered traditional since the Cricket World Cup 2015, as they struggled with posting big scores on the board playing with an old fashioned approach.

But since, the appointment of Trevor Bayliss as the head coach, England went through a tremendous turn-around changing their batting approach, playing attacking cricket from the first ball of the match.

Jason Roy, Alex Hales, Ben Stokes, Jos Buttler are all familiar names in the ODI format and their approach to the game has benefitted the England team. These players start going after the bowlers from the first ball putting the opponent under pressure.

There have been five occasions when a team has posted more than 400 runs on the board since World Cup 2015, and out of those five, four have been posted by England.

It was in the last year that England recorded the highest ever ODI score of 481 runs against Australia at Trent Bridge.

England's bowlers Liam Plunkett, David Willey, Adil Rashid have also put in game-changing performances with the ball for the team allowing the team to prosper in all kind of pitches and conditions.

The captain Eoin Morgan who was the part of Cricket World Cup 2015 debacle in which the team suffered a loss against Bangladesh to get themselves knocked out, has seen a significant change in the team.

He along with Trevor Bayliss bought a breath of fresh air into the team by picking up specialists and allowing the team to prosper by giving them full freedom. The captain has always been seen promoting giving freedom to players to express themselves.

Morgan became the highest scorer for England in the ODI format as well.

England with this attacking approach are the prime favourites for the World Cup, but the team is also susceptible to bouncy tracks, which was evident in the last ODI of the five-match series against Windies.

The team has been prone to batting collapses, which the management knows they need to rectify before the World Cup.

In Champions trophy 2017, England suffered a heavy collapse in the semi-final against Pakistan resulting in their knockout from the tournament. They were also criticised for playing with their traditional approach in an important clash which probably cost them the match.

The World Cup will be played in England so home-pressure will pretty much be there, but the team has the best chance of winning the World Cup for the first time in their history.

England opens their World Cup campaign against South Africa on May 30.