Defending more runs will be good for the team and bowlers: Adam Zampa

Zampa was the pick of the bowlers in the first ODI of the five-match series as the spinner claimed the wicket of Virat Kohli, Ambati Rayudu. 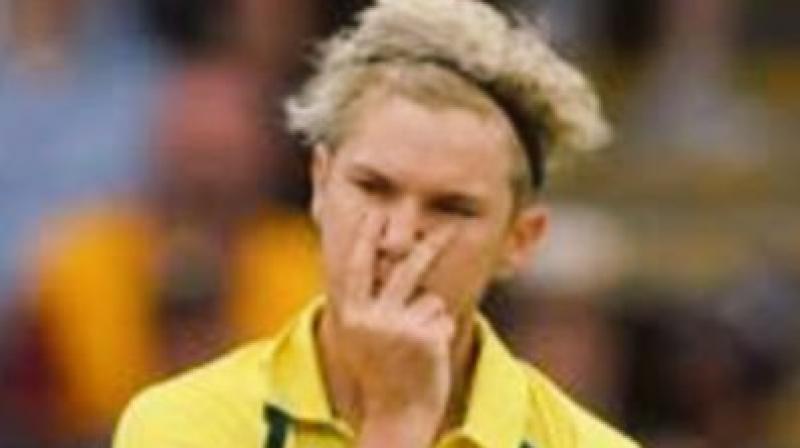 Australia takes on India in the second ODI on Tuesday, March 5 at Nagpur. (Photo: File)

Nagpur: Australia was able to post just 235 runs in the first ODI against India which did not prove enough for the team. Australia's leg-spinner Adam Zampa has said that defending more runs will be good for the team and bowlers.

"235 on any ground in ODI cricket are not enough. But in saying that, we fought hard during the game. We have spoken about just improving, defending a higher total would probably be good for us," Adam Zampa told reporters.

Zampa was the pick of the bowlers in the first ODI of the five-match series as the spinner picked up two priced scalps of Virat Kohli and Ambati Rayudu.

"Ball is coming out of my hands nicely, I have tried to adapt to the conditions. In my last tour I was under-prepared and getting used to the conditions has been good for me this time around," Zampa said.

Aaron Finch, the captain of the Australian cricket team has been woefully out of form for the past months. The captain was dismissed for a duck in the first match of the series by Jasprit Bumrah. But, the spinner hopes that the captain can turn his fortunes around.

"If you ask Finch, he will agree he is not in the best form of his life. But in terms of his morale, he is really up there. He is a world class player and at the end of the day, it is his experience that matters," Zampa added.

Zampa, who has had previous experience of playing in the Indian Premier League(IPL), said that playing in the tournament helped him get familiarised with the conditions.

"Yeah, I guess just from IPL experience and seeing these guys play, I have figured out the best way to bowl and when I get bowl away from the stumps, these guys take me for runs. So this is what I have learnt from my past experiences," he added.

Australia who won the two-match T20 series 2-0 against India suffered a six-wicket loss in the first ODI of the five-match series.

The team would be hoping to level the series in the second ODI and put up a better batting performance.

Australia takes on India in the second ODI on Tuesday, March 5 at Nagpur.