Australia takes on India in the second ODI on Tuesday, March 05 at Nagpur. 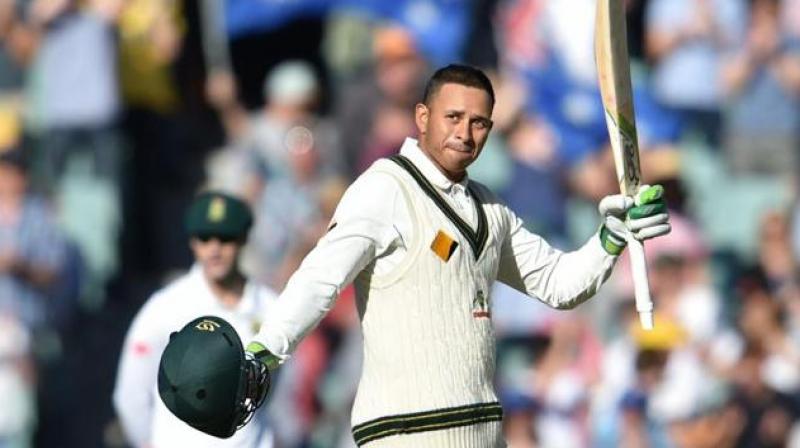 Having lost the first ODI of the five-match series, Australia would be hoping to turn their fortunes and spring a comeback in the second ODI. (Photo: AFP)

Nagpur: Return of the suspended duo of David Warner and Steve Smith could have other batsmen in Australia's squad worried for their spots, but the opener Usman Khawaja has said that he is just concerned about winning games for Australia.

"I worked really hard to get back into the one-day team and I am just enjoying the ride, doing the best I can for the team," cricket.com.au quoted Khawaja as saying.

"Doing my best to win cricket games, that is the most important thing."

"That is all I can really focus on.

"Khawaja made his ODI return in the home series against India earlier this year and in his four innings back in the team he has put together a combined total of 164 runs.

There are still 24 days left until the suspensions of Warner and Smith conclude, the other batsman in the team would be looking to cement their place by recording good performances.

"They are world-class players and they have been amazing for the one-day team for Australia for a long time,".

"I am sure when they do come back they will be welcomed with open arms.

"The 32-year-old opening batsman even said that he finds a challenge in the first ten overs as the fielders are in the circle trying to choke up the singles.

"It is all about executing your skill, do it better for longer,".

"The best players do that – there are always risks to be taken in one-day cricket, as there are in T20 cricket".

"You probably do not realise it at the time, if the ball goes for four you do not realise what kind of risk it was and if you get out to it then people see the risk there."

Having lost the first ODI of the five-match series, Australia would be hoping to turn their fortunes and spring a comeback in the second ODI.

Australia takes on India in the second ODI on Tuesday, March 05 at Nagpur.