Bumrah picked up the injury in September and did not play in the home series against South Africa and Bangladesh. 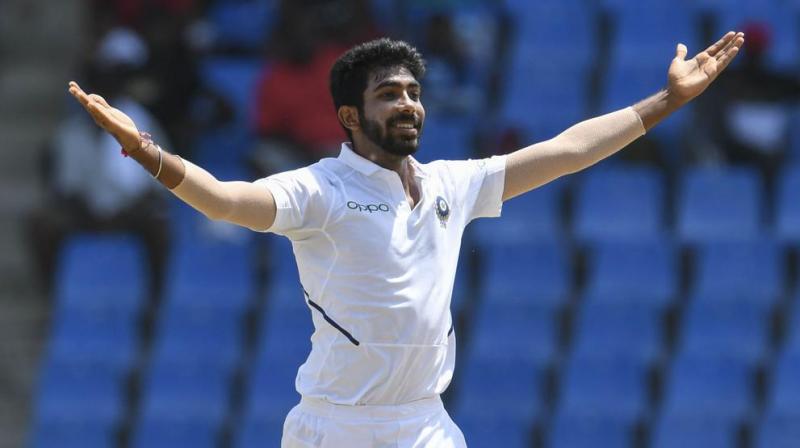 The 25-year-old Jasprit Bumrah is expected to make a comeback for next year’s tour of New Zealand, in which India will play five T20 Internationals, three one-dayers, followed by two Tests starting January 24. (Photo: AFP)

Having recovered from a stress fracture of the back, star Indian pacer Jasprit Bumrah has started working out under IPL franchise Delhi Capitals’ trainer Rajnikanth Sivagnanam at the Mumbai Cricket Association.

Bumrah picked up the injury in September and did not play in the home series against South Africa and Bangladesh. He will also miss the upcoming limited-overs assignment against West Indies starting December 6.

“He has been training at MCA. It’s a personal arrangement,” an official source told PTI.

The 25-year-old is expected to make a comeback for next year’s tour of New Zealand, in which India will play five T20 Internationals, three one-dayers, followed by two Tests starting January 24.

Although employed with Delhi IPL franchise Sivagnanam, it is learnt, he also works independently with players. Bumrah turns up for Mumbai Indians in the IPL.

“Sivagnanam is free to work with anyone when IPL is not on as he is primarily a consultant for the Delhi team. It is purely a personal arrangement between the two parties,” a Delhi Capitals source said.

Bumrah on Monday posted a video of him training in the gym with Sivagnanam. Incidentally, Sivagnanam was among the trainers who applied for the India job in August but lost out to New Zealand’s Nick Webb for the position.

Ready to jump into this week like. #MondayMotivation pic.twitter.com/zpxsaXIKwm

Among India’s most successful bowlers, the bowler with a slinging arm action is the second fastest Indian to 100 wickets in one-dayers. In his 12 Test appearances for India, Bumrah has taken 62 wickets so far.

“Injuries are part & parcel of the sport. Thank you for all your recovery wishes. My head is held high & I am aiming for a comeback that’s stronger than the setback,” he had tweeted in September and has been posting regular updates on his recovery.