Pakhtoon will face Northern Warriors in the final. 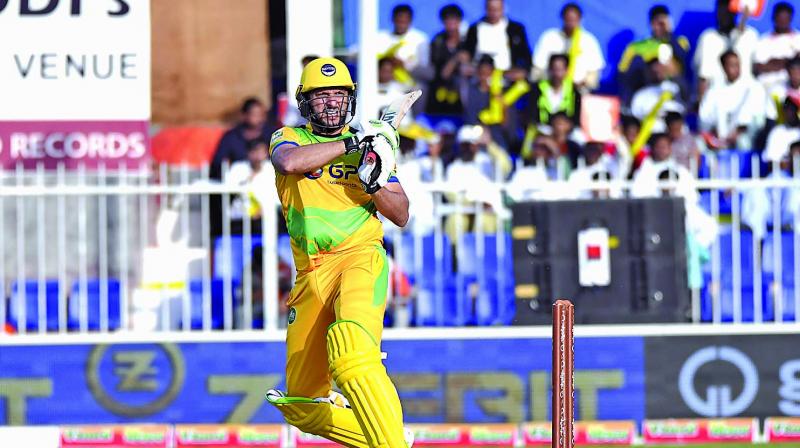 Sharjah: Shahid Afridi came to the rescue with a captain’s knock of unbeaten 59 to help Pakhtoons beat Maratha Arabians by 13 runs in the Qualifier to book the final spot for the second season of the T10 League at the Sharjah Cricket Stadium here on Saturday. Pakhtoon will face Northern Warriors in the final.

The Warriors took to a longer route to enter the final after losing the qualifier to Pakhtoon as they bounced back in style with a 10-wicket win over Maratha Arabians in the Eliminator 2 to advance.

Meanwhile, Maratha Arabians will take on Bengal Tigers, who lost to Arabians in the Eliminator 1, in a third-place playoff.

Pakhtoon captain Afridi guided his team to the final with elan as he struck seven sixes and three boundaries in his 17-ball knock.

“My team always has great expectations from me. We did not start well, as planned, but picked up later. I’m very confident, my team is also very much motivated. It was not easy to win against such strong team like Northern Warriors. But we did it.” Afridi said.

Asked about the pressure he faced, the Pakistan star player said, “Not only T10, the whole cricket is about pressure… But in the T10 what happens is when an over or two get out of your hand, it becomes very difficult to comeback.

“I always try my level best to ease the pressure on team and perform well when my team needs me.”

In response to Pakhtoon, Northern Warriors put up 122/4 on the score card, guided by Rovman Powell’s 80 off 35 balls that included nine sixes and four boundaries, albeit in a losing cause.