Shakib Al Hasan posts message of realisation after being banned

Shakib took to Facebook and posted a lengthy message for his fans, who gave him 'unconditional support'. 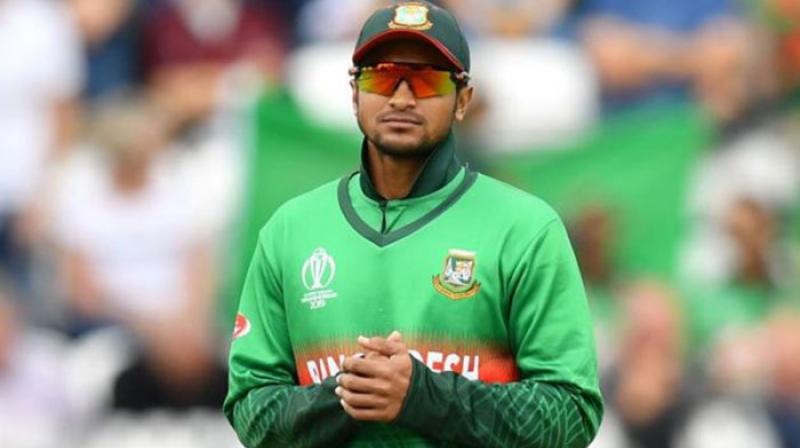 After being banned by the International Cricket Council (ICC) for breaching Anti-Corruption Code, Bangladesh all-rounder Shakib Al Hasan on Saturday said he has now realised more than ever about what it means to represent one's country. (Photo:AFP)

New Delhi: After being banned by the International Cricket Council (ICC) for breaching Anti-Corruption Code, Bangladesh all-rounder Shakib Al Hasan on Saturday said he has now realised more than ever about what it means to represent one's country.

Shakib took to Facebook and posted a lengthy message for his fans, who gave him 'unconditional support'.

"To all my fans and well-wishers, let me start by saying that I have been touched and felt blessed by your unconditional support and affection during what has been a very difficult time for me and my family. In the last few days I have realised more than ever what it means to represent your country," said Shakib.

"On that note, I am requesting calm and patience from all my supporters who may have felt aggrieved at the sanction imposed on me," he writes.

Shakib was banned from all forms of cricket on October 29 after he accepted the charges of breaching the ICC's Anti-Corruption Code. He will be able to resume international cricket from October 29, 2020.

"I wish to make it very clear that the entire investigation by the ICC Anti-Corruption Unit was confidential and the Bangladesh Cricket Board (BCB) only came to know about it from me just a few days before the announcement of the sanction. From that point onwards, the BCB has been most supportive and understanding of my situation and I am grateful for that," Shakib's message further read.

Shakib then said that his all focus is now on returning to the game and representing his country again.

"I can understand why many people are offering to help and I really appreciate that. However, there is a process in place and I have accepted my ban because I felt that was the right thing to do," he said.

"My entire focus now is on returning to the cricket field and playing for Bangladesh again in 2020. Until then keep me in your prayers and heart. Thank you," Shakib concluded.