Smith's comments came as the selection looms over the highly-anticipated Ashes Test series against England. 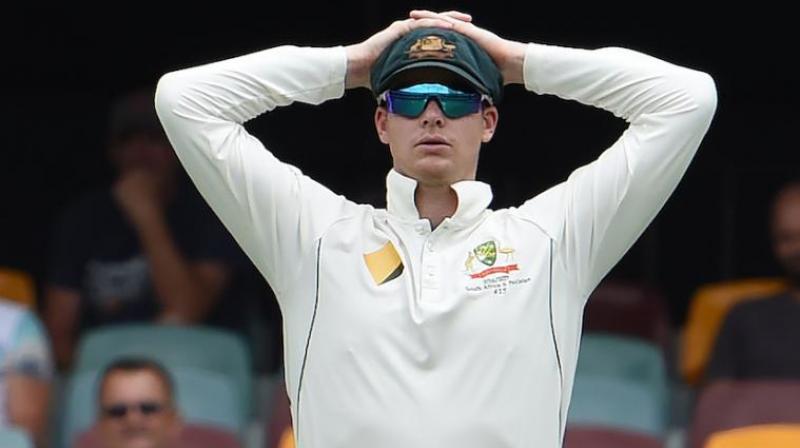 Steve Smith came under fire when some of the former players claimed that he had too much of a say in the national selection. (Photo:AFP)

Melbourne: Australian skipper Steve Smith has rubbished claims of 'captain's calls' and favouring his teammates when it comes to national selection, saying the accusations were 'absolute garbage'.

Smith's comments came as the selection looms over the highly-anticipated Ashes Test series against England, beginning on November 23 at Gabba in Brisbane.

The 28-year-old, who is not a part of Australia's three-man selection panel for Test and ODI cricket, came under fire when some of the former players claimed that he had too much of a say in the national selection.

Strongly refuting the claims made by the former cricketers, Smith insisted that he was not a selector, but he certainly expressed his views regarding the team.

"I'm not a selector, but I certainly speak to the selectors a lot and express my views. All this rubbish about me picking my mates, it's absolute garbage. I certainly don't agree with that," cricket.com.au quoted Smith, as saying.

Last week, Smith had admitted that he did have an involvement in NSW's decision to leave out veteran Ed Cowan and rope in Test aspirant Daniel Hughes from the Sheffield Shield opening match against South Australia.

While Cowan had praised Smith for delivering an honest feedback regarding his axing, he admitted that the skipper had to live and die by selection decisions that are made with his input.

Though Smith has bristled at the suggestion, he asserted that he was unconcerned about the claims.

"People can say what they like. I'll read it, but it doesn't bother me. I'll just get on with it," Smith said.

Australia's selection panel, which was revamped in March this year, comprises of coach Darren Lehmann, Trevor Hohns and Greg Chappell for Test and ODI cricket, while Mark Waugh and Hohns look after the T20 side.(