Shikhar Dhawan was not included in the Test squad that defeated West Indies in the two-match series that concluded on Tuesday. 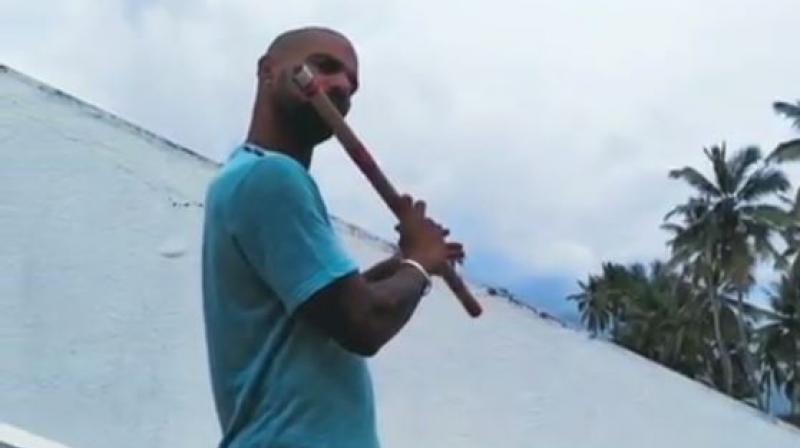 The India opener posted a video of him playing the flute on his Instagram handle. (Photo: Instagram/ screengrab)

Mumbai: Shikhar Dhawan was not included in the Test squad that defeated West Indies in the two-match series that concluded on Tuesday. Instead, he was enjoying the beauty of the Caribbean while showcasing his flute-playing skills.

The India opener posted a video of him playing the flute on his Instagram handle. This post surprised a lot of fans who were shocked to see Shikhar play the flute. Some were full of praise while some even questioned the authenticity of his skill.

Here are a few comments

Some even went to the extent of calling him Krishna.

However, not everyone believed in Shikhar Dhawan's flute-playing skills.

"Is that really you?," wrote boseonthebass.

bighdey_nawab simply refused to believe that it was Shikhar Dhawan playing the flute: "You are not playing it , I am damn sure."

Shikhar Dhawan did not shine bright in the tour of the West Indies as he had a very poor outing in the T20Is and his ODI performance was also lower than average.