Kohli is yet to score a century in Tests this year and he managed to score just 136 runs in the two-match series against WI. 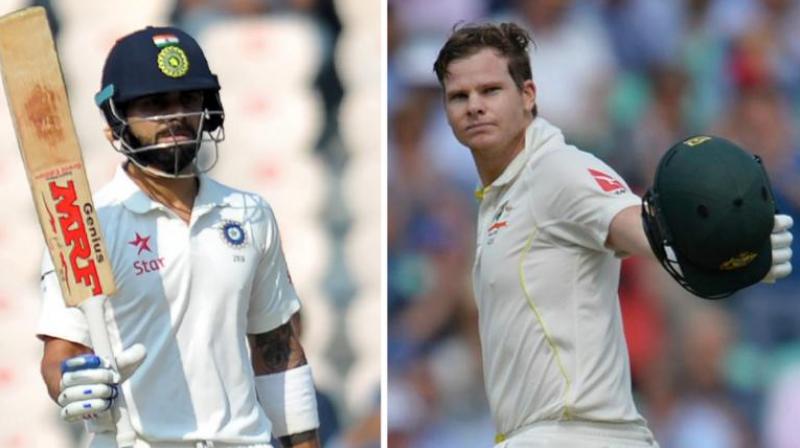 The latest ICC rankings were released on Tuesday. (Photo: AFP)

The latest ICC rankings were released on Tuesday.

Kohli is yet to score a century in the longest format of the game this year and he managed to score just 136 runs in the two-match series against West Indies.

On the other hand, Smith has so far scored 338 runs in the ongoing Ashes and as a result, he has dethroned Kohli from the top spot.

Smith leads Kohli by just one point and the former Australia skipper will get a chance to further extend his lead when the team steps out to the field to take on England in the fourth Test of the ongoing Ashes.

The Australian was on the top spot since December 2015. It was in August 2018, when Smith served a one-year ban for his involvement in the ball-tampering scandal against South Africa, that Kohli managed to go past him in the rankings, after reaching career-high rating points in the series against England.

Smith scored centuries in both the innings of the first Test in Ashes and he managed to score 92 in the second Test. He now averages 63.2 in Test cricket.

Kohli's next chance to challenge Smith will be in the home Test series against South Africa, starting on October 2 .

India's Ajinkya Rahane has also returned to the top 10, as he has risen to the number seven spot, after scoring a half-century and hundred in Antigua.

Hanuma Vihari, who was described by Kohli as "the find of the series", has risen to number 30 after just six Tests.

In the team rankings, India has maintained their top spot after 2-0 series win over Windies.