There are three foreign candidates for the Strength and Conditioning personnel--Luke Woodhouse, Grant Luden and Nick Webb- out of five. 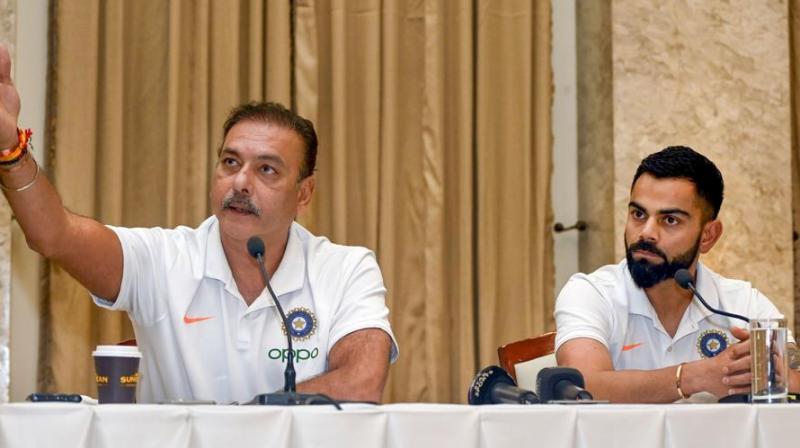 Mumbai: Ravi Shastri pipped Mike Hesson and Tom Moody to retain his position as the head coach of India in August. The 47-year-old re-appointed as the head coach by the Kapil Dev-led Cricket Advisory Committee (CAC), which unanimously felt that the incumbent's "communication skills and understanding of team issues" stood out.

However, reports state that Shastri and Virat Kohli, the Indian skipper, had differences in the selection of the staff.

There were three foreign candidates for the Strength and Conditioning personnel--Luke Woodhouse, Grant Luden and Nick Webb- out of five. The two Indians in the list were Rajnikanth Sivagnanan and Anand Date.

The Indian selection committee led by M.S.K Prasad on Sunday chose Nick Webb as the top candidate for Team India's Strength and Conditioning Coach, the Board of Control for Cricket in India (BCCI) said in a release.