The latest rankings were released on Tuesday. 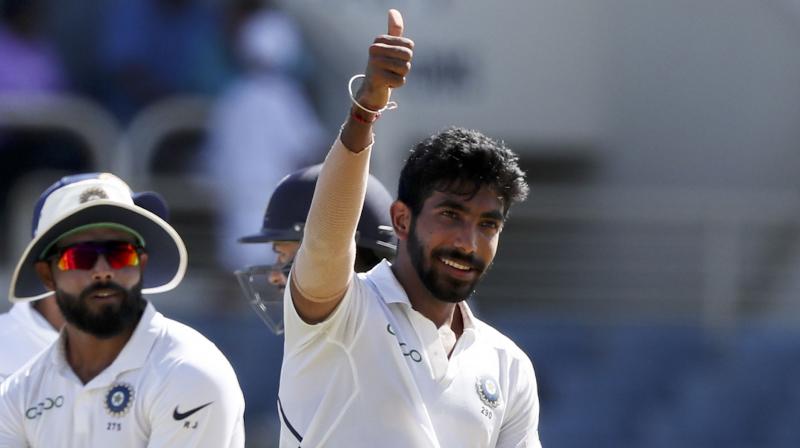 The latest rankings were released on Tuesday.

In the recently concluded two-match series between India and West Indies, Bumrah managed to scalp 13 wickets.

During the first Test, Bumrah had become the fastest Indian bowler to take 50 Test wickets and in the second Test, he was able to take a hat-trick, becoming only the third Indian to achieve the feat in the longest format of the game after Harbhajan Singh and Irfan Pathan.

The pacer was able to win the player of the series award for his performance against Windies. Bumrah had recorded figures of 5/7 in the first Test and he managed to come up with a bowling spell of 6/27 in the second Test.

Skipper Virat Kohli had described him as "one of the most complete bowlers in world cricket".

Bumrah is also the number one ranked ODI bowler in the ICC rankings. Windies skipper Jason Holder also moved to the number four spot in the bowler rankings as he managed to scalp eight wickets in the series against India.

Bumrah will get a chance to further improve his ranking when the team steps out to play the three-match Test series against South Africa, beginning October 2.

India's bowling pair of India's pair of Mohammed Shami and Ishant Sharma has moved to the number 18 and 20 spots respectively.

In the team rankings, India has maintained their top spot after 2-0 series win over Windies.