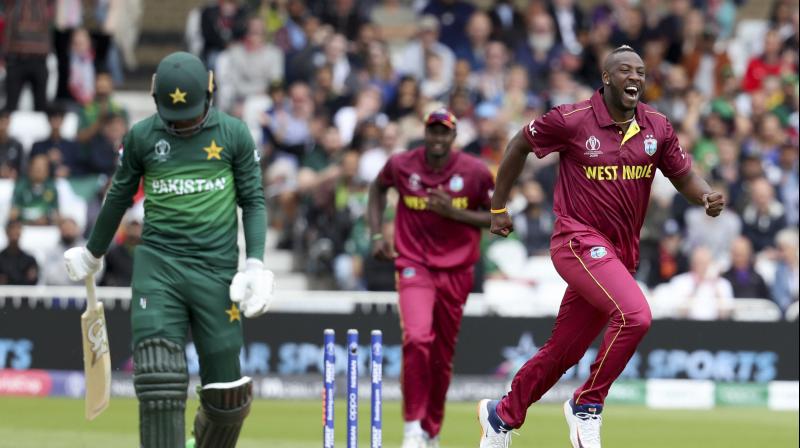 Russell was named in the original 14-member squad for the first and second matches T20Is, subject to him passing a fitness assessment prior to the series. (Photo: AP)

St John's: Cricket West Indies on Friday announced Jason Mohammed as a replacement of injured Andre Russell in the squad for the first two T20I against India.

Russell was named in the original 14-member squad for the first and second matches T20Is, subject to him passing a fitness assessment prior to the series.
The all-rounder experienced some discomfort while at the GT20 tournament in Canada and informed the interim selection panel of his unavailability for the upcoming series.

On the other hand, Mohammed is making his come back after more than a year gap, he last played against Bangladesh in an ODI in July last year. The 32-year-old has played nine T20Is and also captained the side in the shortest format.

"We welcome Jason Mohammed into the squad for the first two T20 matches here in Florida. He is a player with lots of experience in all three formats and - having done well for Trinidad & Tobago as well as Guyana Amazon Warriors," Floyd Reifer, West Indies interim head coach said.

"It's difficult to fill the shoes of someone like Andre Russell, who has dominated T20 cricket all over the world - and won the ICC T20 World Cup for the West Indies on two occasions, but we believed Jason is capable of good performances and we back him to perform at this level and help us win games a well," he added.