The England and Wales Cricket Board have launched a south Asian initiative to help develop players from those backgrounds and Ali said. 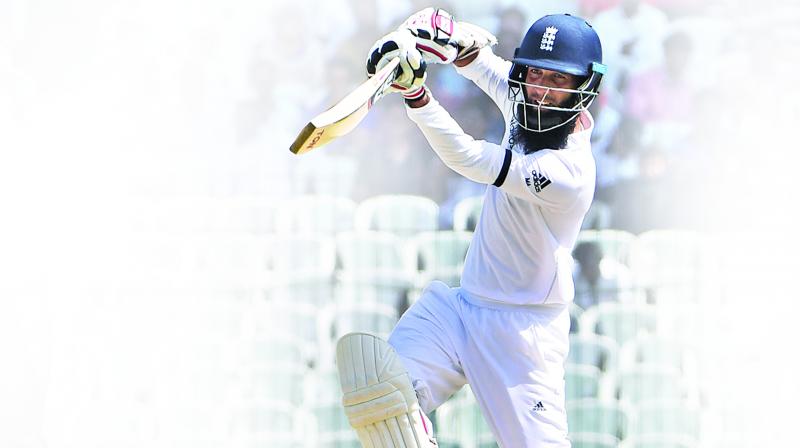 London: Moeen Ali believes English cricket is missing a trick by not reaching out to more potential players from Britain’s Asian communities.

Ali, whose hat-trick sealed England’s 239-run win in the third Test against South Africa at The Oval on Monday, is the latest of several players of Asian descent to represent England, including former captain Nasser Hussain, with cricket deeply embedded in the life of many British Asian communities. But Ali, who was born and brought up in Birmingham, a city with one of Britain’s largest Asian populations, said more work was needed if English cricket was to make the most of this enthusiasm for the sport.

“Now, a lot more south Asian people are thinking: ‘Actually, I could make a good career from this now.’ But it’s also down to the counties to do more to help South-Asian kids,” Ali said.

The England and Wales Cricket Board have launched a south Asian initiative to help develop players from those backgrounds and Ali said: “It’s a step in the right direction to ask people how the ECB can help them. “But the south Asian mentality must also change. Cricket is not just batting and bowling. There’s a lot of physical stuff, fitness, fielding, diet, discipline, being on time.”

The bearded Ali, a 30-year-old off-spinning all-rounder, is also one of the most high profile practising Muslims in British public life and a representative of a community that has often felt stigmatised following recent terror attacks. “There is such negativity in the media around Islam but when I play cricket for England I don’t have to say anything. I’m hoping people look at me and other Muslims and think: ‘Actually, it will be all right. They’re not too bad.’”