India got their momentum back after Ajinkya Rahane's knock: Nic Pothas 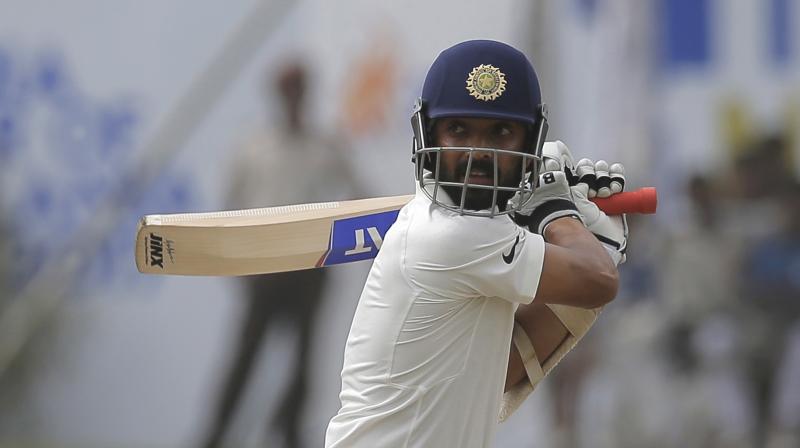 Colombo: Sri Lanka's interim coach Nic Pothas feels that's Ajinkya Rahane's scintillating century turned the tide in Team India's favour after despite the hosts scalping 3 wickets for 133 runs at one point.  Rahane hit an unbeaten 103 alongside Cheteshwar Pujara (128 batting) added 211 runs for the fourth wicket to pile up an imposing 344 for 3 at stumps.

"Rahane came and played very well. He was very positive which is what you expect. From that point onwards, we didn't perhaps execute as well as we had done up to that point. We just released the pressure a little bit. That was the turning session. India got the momentum back," said Pothas.

The interim coach also felt that his bowlers didn't hit the right length.

"We were probably a fraction short on that wicket. The wicket is very slow and once the ball becomes you don't have many weapons as compared to harder ball. We were a bit short. We know Pujara scores in the leg-side. That's what he has done all his career. We were little bit guilty in not getting the ball into other areas and bowling to his (Rahane) strengths.

"But as I said that's Test match cricket and that's why he is a quality cricketer," the coach added.

The coach said that losing the toss did play a part in the day's proceedings, but he was pleased with the effort Lanka put on the field.

"The toss is there to tell you in which order you play not how well you play. You can't get into a game that you are going to win the toss. Obviously, we have different plans for the batters. It's all about how well you execute those plans.

"Plans are very easy to make and the difficult part is to execute them. You are playing against a very good team and you are going to be put under lot of pressure. We welcome that challenge," stated Pothas.

The coach tried to keep his chin up saying that he is not at all disappointed with the team's performance.

"I am never disappointed in my team. We used to take positive options. We are a young team and we are playing the number one ranked team in the world. It's how you execute and keep coming back in the next few months and next few years and that's what is going to make this team even better," he added.

Asked about playing three specialist spinners, Pothas replied:"There are always discussions. Every member of the squad gets discussed. Based on our gameplan, we preferred to go with the left-arm spinner to complement Rangana. We make decisions to suit the group and that's how decisions are made."

He informed that a call on pacer Nuwan Pradeep will be taken on Friday.

"The physio said that Pradeep is having a bit of muscle tightness. He is in treatment now. On Friday morning, we will get a proper assessment," concluded Pothas.