After 10 months of negotiations between the sport's national administration and the union, the players are set to get a pay raise. 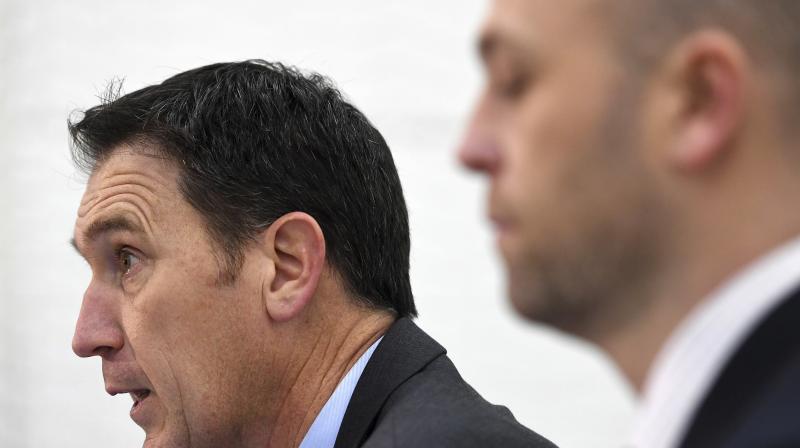 Melbourne: Cricket Australia and the players' union have reached an agreement to end a long-running pay dispute that had threatened to derail upcoming tours to Bangladesh and India and the home Ashes series against England.

About 230 of Australia's elite professional cricketers have effectively been unemployed since the previous pay deal expired on June 30.

After 10 months of negotiations between the sport's national administration and the union, the players are set to get a pay raise, to maintain a revenue-sharing model - the subject of most discord in the dispute - and to get back pay for the period between the deals.

Nicholson said he expected the players, who are set to receive full back pay, would endorse the deal.

"It will restore much-needed certainty to cricket ... it will allow all players - state and international - to be contracted immediately," Sutherland said. "It's the result of a sensible compromise from both parties. Neither side has got everything we wanted."

Players boycotted a developmental "Australia A" tour to South Africa last month and as the dispute become increasingly acrimonious there were serious concerns among Australian cricket supporters - from the prime minister down - about the potential fallout if it wasn't resolved this week.

Steve Smith's test squad was scheduled to assemble in Darwin next week to finalize preparations for a scheduled two-test tour to Bangladesh which starts with a warmup match on Aug. 22. A limited-overs series in India was scheduled after that, and before the Ashes series starts in Brisbane in November.

The most divisive issue in the dispute involved revenue sharing. Cricket Australia wanted to scrap the revenue sharing model that has governed player salaries for 20 years.