After being dropped early in the innings, Sharma went on to smash a brilliant century as he played a knock of 104 runs. 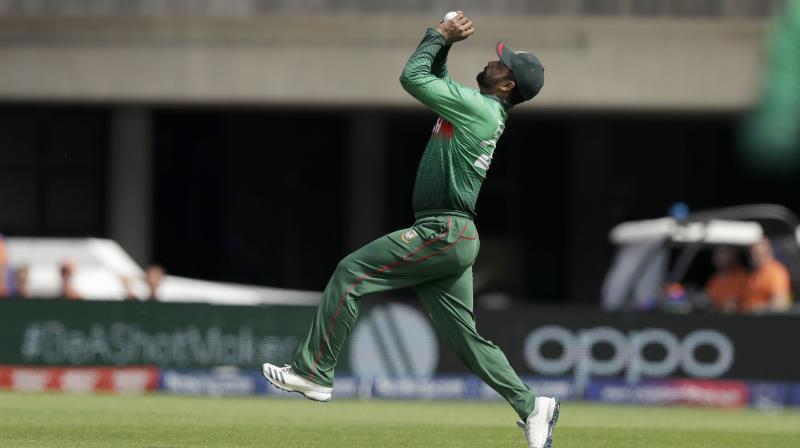 Birmingham: Bangladesh coach Steve Rhodes backed Tamim Iqbal, who dropped the catch of India batsman Rohit Sharma during their World Cup clash, saying that he too dropped many catches during his career.

Sharma was dropped in the fifth over by Iqbal when he was just on nine runs. After being dropped early in the innings, Sharma went on to smash a brilliant century as he played a knock of 104 runs.

"I have watched and played a lot of cricket, I know that any drop can be costly and I was praying that he would hit another up in the air a little bit sooner. Rohit Sharma, what a wonderful batsman he is and if you give him a chance or Kohli a chance, you may pay the price. The person who dropped it was Tamim and he has developed one of our safe pair of hands in the outfield but he is human and we all are human and I have dropped a lot of catches in my life. I think everybody who has played the game, has dropped catches," Rhodes said during the post-match press conference here on Tuesday.

Iqbal has not been able to leave a mark on the field with the bat in this edition of the premier tournament. However, Rhodes said Iqbal tried his very best and is optimistic about opener's future.

"He would have loved to score more runs. He tried his very best. He played some good shots today and I thought today is going to be the day but it was not but that's cricket. Sometimes, the harder you try the worst it gets. He has tried his very best to contribute and play some match-winning innings. It has not happened, but he tried his very best. Maybe the next World Cup will be his time," he said.

India got an astounding start as the opening partnership between Sharma and KL Rahul was of 180 runs. Although India managed to rack up 314 runs, Rhodes is delighted with his team's performance as he thinks India had the potential of scoring even 400 runs but they restricted them.

"I think we did fantastically well and we very happy to be chasing that score as it could have been 370-380 or even 400 at one stage. So, we are delighted that we showed spirit and a lot of fight. But ultimately it was the start, I think we could have done better. To beat India, you got to play your best," Rhodes said.