Ambati Rayudu: A career that never really took off 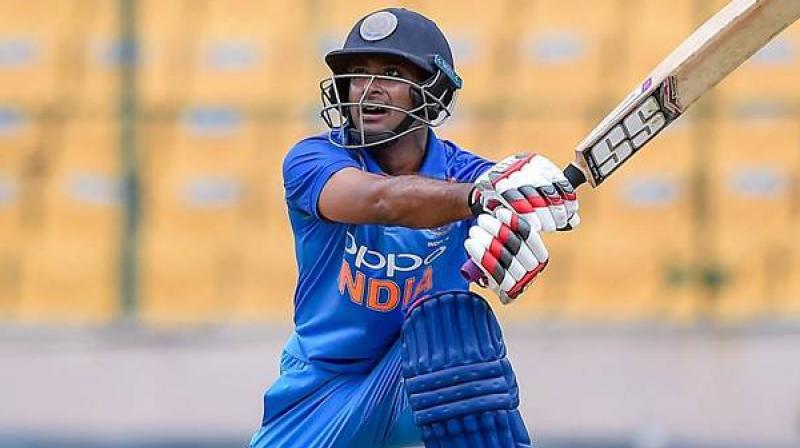 New Delhi: A career that almost always fell apart after promising to fall into place -- Ambati Rayudu will be remembered as someone who could not live up to his rare cricketing talent, undone by a mercurial demeanour that often led to run-ins with authorities.

His cricketing journey ended abruptly on Wednesday after a heart-breaking and baffling World Cup snub.

In his mail to the BCCI, the usually outspoken Rayudu chose not to blame anyone and instead thanked the captains he played under.

Considering his temperamental persona, the 33-year-old's retirement did not come as a shock after Mayank Agarwal replaced the injured Vijay Shankar in the Indian team ahead of Rayudu despite the Hyderabad cricketer being in the list of reserves.

Rayudu saw more downs and ups in his chequered career comprising 55 ODIs and six T20s. Many touted him as the next big thing in Indian cricket when he made his first-class debut as a 16-year-old.

He made waves the following Ranji Trophy season, 2002-03, when amassing 698 runs including a double century and a century in the same match against Andhra Pradesh. It seemed things were falling into place when he captained India to the U-19 World Cup semifinals in Bangladesh.

However, an inconsistent run with the bat in the next couple of seasons and constant run-ins with Hyderabad coaches and officials adversely affected his career-graph. His life took a tumultuous turn when as a 21-year-old, he opted to play in the unsanctioned Indian Cricket League.

At that stage, it seemed Rayudu's dream to play for India will remain unfulfilled with the ICL deal but he was back in the BCCI fold after he accepted its amnesty offer.

He rose to prominence once again with stellar performances for Mumbai Indians in the IPL and at the age of 27, finally made his India debut in Zimbabwe in 2013, scoring an unbeaten 63 at Harare.

Between 2014-15, he represented India in 27 ODIs before making a comeback to play three games the following year. He was even in the 2015 World Cup squad but did not get a game.

A second wind in his international career came in 2018 when he was picked for the Asia Cup where he had a decent outing, including two fifties. The following home series against the West Indies fetched him high returns and it started to look like India have finally locked on their number four.

One of his most memorable knocks came in New Zealand earlier this year, a 90 in a winning cause, showing that he could also deliver against the bigger teams.

However, just when he thought he had done enough to secure his World Cup spot, runs deserted him in the home rubber against Australia, India's last before the mega event in the UK.

In the end, selectors picked the "three-dimensional" Shankar, who was nowhere in the picture six months ago, over Rayudu.

Rayudu, who fought with authorities all through his career, was left heart-broken but he did not confront anyone this time and vent out all his frustration with the no famous '3D' tweet that went viral on social media.

Some would argue that he could still continue but keeping in mind India's deep feeder line, Rayudu would have found it tough to remain relevant.

Eventually, it turned out to be an ironical ending for Rayudu who had called time on his first-class career in December last year to focus on the shorter formats.