During the match versus Ireland, Rashid khan used the bat and hit massive boundaries with that bat. 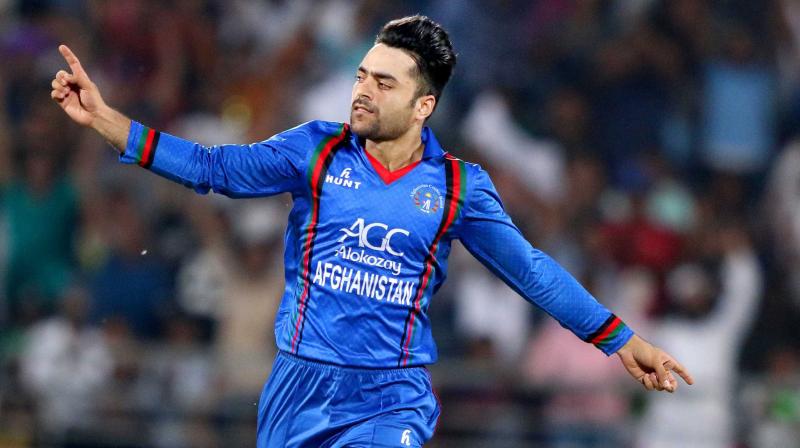 However, one day former Afghanistan skipper, Asghar Afghan found the bat in Rashid’s bag and picked it up without informing him and kept it in his bag. (Photo: AFP)

Mumbai: Recently, in an interview with cricket.com.au, Afghanistan spinner, Rashid Khan disclosed that he likes to gather bats from the top batsmen in the world. Rashid stated, he once requested Kohli, David Warner, and KL Rahul for their cricket bats and Kohli kind-heartedly gave his bat to him. Rashid had advised everyone not to touch his prized belongings.

Rashid added,“When you are (learning) the skills of batting, you need to have a good bat. I got a few from the players. I got one from Virat (Kohli), I got from Davey (David Warner), I got one from KL Rahul and those are special bats. That will help me to make some runs in the World Cup.”

Rashid then shared that one day after returning from his Ireland trip he searched for the bat that was gifted by Kohli, but, found it nowhere.  During the match versus Ireland, Rashid khan used the bat and hit massive boundaries with that bat.

However, one day former Afghanistan skipper, Asghar Afghan found the bat in Rashid’s bag and picked it up without informing him and kept it in his bag. When Rashid khan found it he wished Asghar doesn’t do well with the bat and returned the bat to him.

Rashid lastly said, “As soon as I came to the pavilion, our previous captain Asghar Afghan, he came up to me and said, ‘give me that bat’ and I was like ‘oh no’. He had already taken it out from my bag and put it in his own bag. That was a special bat, from a special player as well. He took that bat and I hope he doesn’t do well with that and gives it back.”

Afghan superstar Rashid Khan has a habit of collecting great players' bats, however, one has been stolen! He tells the story... pic.twitter.com/pj97NuunFP