Corruption is a serious blight on cricket

Corruption is a serious blight on cricket that needs to be fought with all hands on deck. 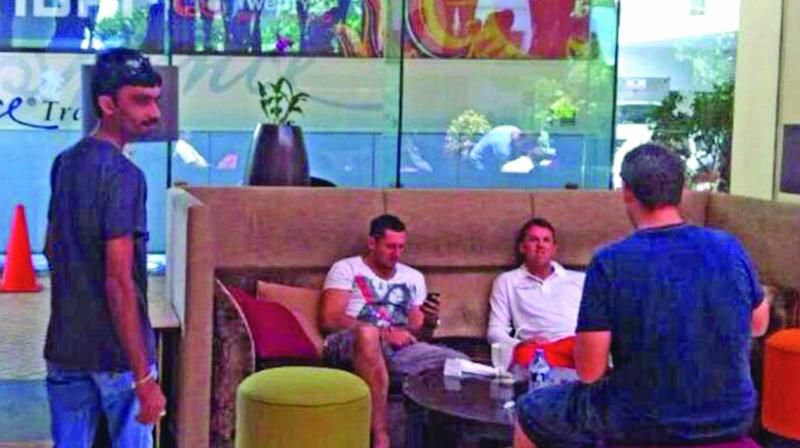 After initial reluctance, the ICC has agreed to examine the sting operation done by Al Jazeera to expose match fixing in cricket. But it wants the Doha-based news channel to give them even the unedited footage that has not been broadcast.

“We will conduct a full, thorough and fair investigation and ensure no stone is left unturned as we examine all allegations of corruption made in the programme. To do so we need all the evidence they state they possess,” said ICC chief executive Dave Richardson on Friday.

On the face of it, this is not an unreasonable request. But media organisations are loath to reveal their sources, as Al Jazeera has argued, adding a further hitch by saying “in some respects the broadcast puts ICC itself under the spotlight”.

Al Jazeera also says possibility of criminal proceedings into the match-fixing allegations in Sri Lanka and India, as shown in the broadcast, makes the meeting with the ICC “premature at this stage”. One also hears that the channel is planning to put out another episode of the investigation.

But the recalcitrance of the news channel could perhaps be because its efforts were pooh-poohed by the sport’s apex body as well as the cricket boards of England and Australia, who had come out in support of their players alleged to be involved in fixing in the sting.

While the sweep of the investigation (broadcast so far) includes how pitches are ‘doctored’ on demand, and tournaments created specially for contrived performances and results, most damning were allegations that three English and two Australian batsmen (names beeped out in the documentary) had “fixed sessions” in Tests against India in 2016-17 at Chennai and Ranchi respectively.

This was strongly denied by English and Australian cricket authorities, and the ICC too appeared to share this view. But with pressure mounting from all sides, all three — as well as the boards of Sri Lanka and India — have agreed to co-operate in an investigation.

Some former players have asked that the names of players allegedly involved in fixing sessions in the Tests be made public. Al Jazeera has refused for legal reasons, the respective boards for their own. Which I think is correct.

Reputations and careers can’t be dragged into the mud on the basis of allegation alone. Sting operations have to be ratified by forensic tests on the footage for veracity. Several such operations, in many walks of life, have failed to establish even criminal intent, leave aside action.

But this does not mean that stings must be disregarded. It is pertinent to note that the three major scams in the past two decades have been detected externally, not by cricket authorities, either the ICC or cricket boards of member countries.

In 2000 (Cronje Gate) and 2013 (IPL, involving three players from Rajasthan Royals, and some individuals associated with Chennai Super Kings) came by chance when police in India stumbled on telephone conversations they were tapping for other reasons.

The 2010 spot-fixing case that featured Pakistan captain Salman Butt and teammates Mohammed Asif and Mohammed Aamir was unraveled by a sting operation done by a newspaper in England, News Of The World, on which the police acted subsequently.

Fact is that cricket boards and the ICC have severe limitations in detecting corruption. These are essentially administrative bodies, not investigating agencies. The best intentions and efforts, including the introduction of the Anti Corruption Unit (centrally and locally), have been shown up as inadequate. Everybody is agreed that corruption is a malaise that will be ruinous to the sport. Actually, the threat of fixing afflicts all sports. The problem becomes more severe in cricket, because its rhythm and tenor make it almost impossible to sift the real from the contrived.

In the circumstances, any lead that shows up possible corruption can’t be ignored, in fact should be pursued aggressively, whatever the compunctions about the methods used to expose this.

The ICC and Al Jazeera opening up negotiations towards this end is a good development. Every effort must now be made to overcome the prospects of a deadlock.

Involving an external investigating agency, agreeable to the news television as well as ICC (and cricket boards affiliated to it) should help in making a detailed, impartial scrutiny of the evidence possible and reach a conclusion.

Corruption is a serious blight on cricket that needs to be fought with all hands on deck.