Shane Warne hails Lara and Tendulkar as his best rivals 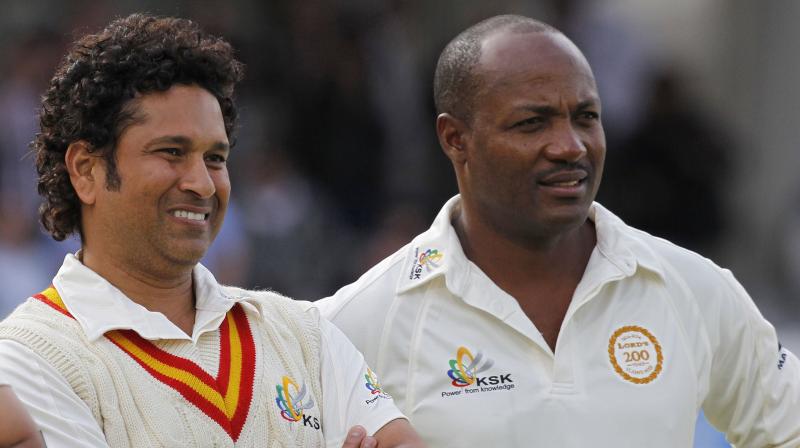 Sachin Tendulkar (L) and Brian Lara at the presentation after the Lord's bicentenary match between the MCC and Rest of the World at Lords Cricket ground in London. The one-day fixture saw two star-studded sides featuring many of the game's greats, retired and current, come together for a match celebrating the 200th anniversary of Marylebone Cricket Club's move to its current headquarters. AFP Photo

Warne, who played 145 Tests and 194 ODIs for Australia, shared a picture with legendary cricketer Sachin Tendulkar and Lara and said he loved the intense rivalries with the duo during his cricketing career.

"Loved my battles with these two legends - unfortunately they won most of the time !!! But I hope our battles on the field entertained everyone & you all enjoyed them. Both @brianlaraofficial and @sachintendulkar were easily the best batsman of my generation. Ps Happy birthday BC, have a great day buddy," Warne captioned the picture on Instagram.

Lara holds the record for the highest individual score ever in first-class cricket (501 not out). Lara made this record in 1994, playing for Warwickshire against Durham at Edgbaston.

Then, Lara played a knock of 400 runs against England in the fourth Test of the four-match series in 2004 at the Antigua Recreation Stadium, which still remains the highest individual score in Test cricket

He also shares the record of scoring the highest number of runs in a single over in a Test match.

The 51-year old smashed South Africa's Robin Peterson for 28 runs in a single over in 2003.