Sports   Cricket  03 May 2019  Malinga to be rested for the matches against Scotland
Sports, Cricket

Malinga to be rested for the matches against Scotland

This was revealed by Ashantha De Mel, the chief selector and manager for the Sri Lankan team. 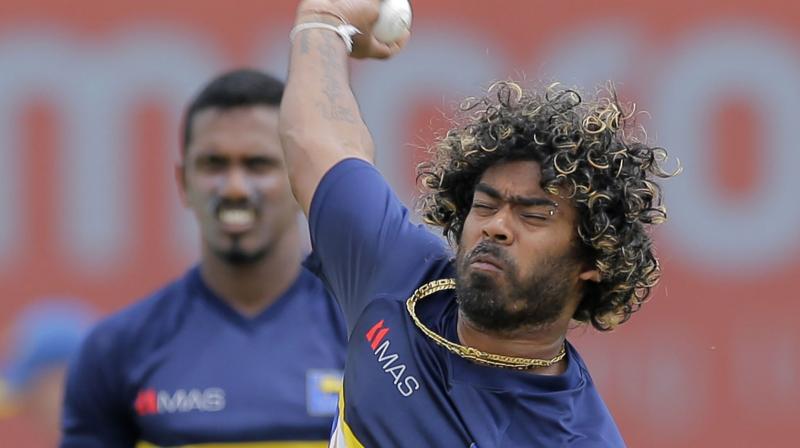 Sri Lankan team is scheduled to play the ICC warm-up matches against SA on May 24 at Cardiff and against Australia at Southampton on May 27. (Photo: AP)

Mumbai: Assuming Mumbai Indians team for which Lasith Malinga plays reaches to the IPL final on May 12, the pace bowler will take at least a week's rest in Sri Lanka before leaving for the World Cup.

This was revealed by Ashantha De Mel, the chief selector and manager for the Sri Lankan team.

Speaking exclusively over telephone from Colombo, he said, "it would be more than 50 days when Malinga has been playing the IPL by then and he needs rest. It is best for him to take a break before being recharged for the prestigious tournament".

"At present, he is assumed that he would miss both the matches against Scotland on 18th and 21st May (Edinburg). He is planning to join the team in Cardiff on 22nd".

"If everything goes according to the plan, Malinga will be available for both the warm-up games against South Africa and Australia", he further added.

Sri Lankan team is scheduled to play the ICC warm-up matches against SA on May 24 at Cardiff and against Australia at Southampton on May 27.

Former Sri Lankan fast bowler Ashantha de Mel, who on Wednesday was appointed as a manager for the World Cup squad will also carry the additional responsibility which has not been stated in the media release.

The 60-year-old de Mel will also discharge the duty of a media manager on this tour, it is learnt here.

"We are unlikely to send any spokesperson for the World Cup and the said work has been assigned to the manager, who will also be the (chief) selector on tour", the source added.