Orange fade against Mumbai in Super Over. 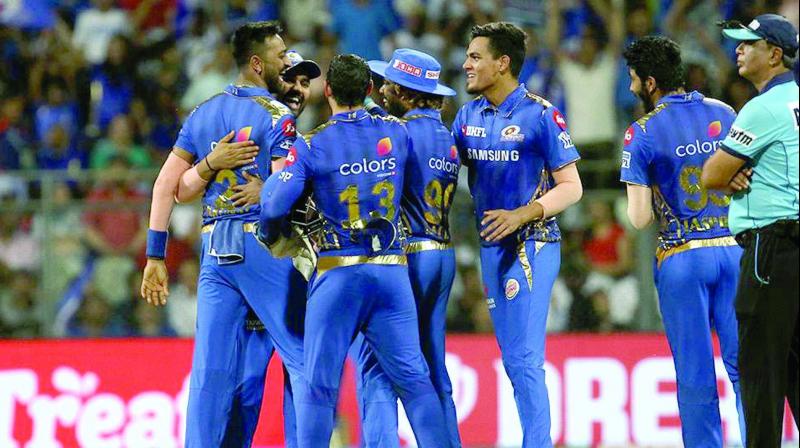 Krunal Pandya (left) of Mumbai Indians celebrates the wicket of Sunrisers Hyderabad captain Kane Williamson during their match at the Wankhede Stadium in Mumbai on Thursday. (Photo: BCCI)

Mumbai: Mumbai Indians became the third team to qualify for the play-offs after beating Sunrisers Hyderabad in first ever Super Over at Wankhede stadium here on Thursday.

Jasprit Bumrah (2/31) led the attack and spinners dried up boundaries in the middle overs. Hardik Pandya chipped in with two wickets in his two overs but couldn't defend 17 runs in the last over.

Bumrah bowled super over for Mumbai and Pandey was run out first ball in while taking second run. Nabi pulled one for six before Bumrah rattled his stumps to leave Mumbai just chase of nine runs.

Rashid Khan bowled super over for the visitors but was hit for six in his first ball by Hardik Pandya and Kieron Pollard sealed it with a couple in third ball.

SRH have now made qualification difficult for themselves and are in a must win situation in their last game.