ICC World Cup 2019, players to watch out for: Lasith Malinga

Malinga is the only bowler to have three ODI hat-tricks under his belt, making him a dominant force in the limited overs cricket. 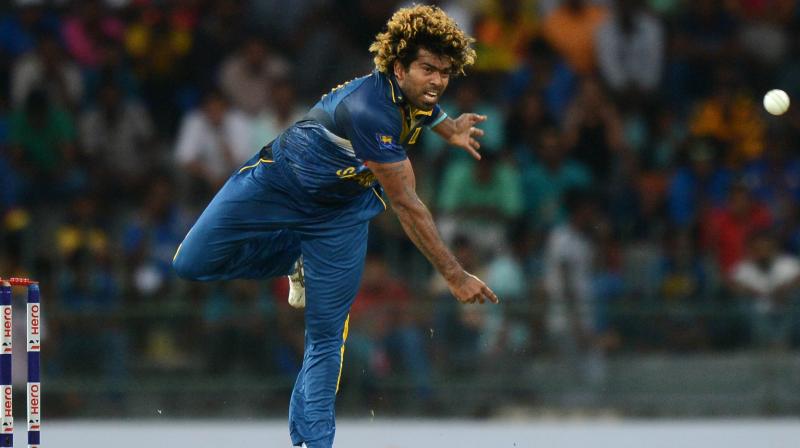 Mumbai: Unconventional bowling action and precise usage of yorkers are the two traits which define Lasith Malinga as a player. The 35-year-old will be playing the last World Cup of his career in 2019. Malinga stormed into the international scene by making his test debut against Australia in 2004. Making an immediate impact with his slinging action and toe-crushing Yorkers, he grabbed six wickets on his debut.

Malinga’s ability to generate pace with his round-arm action makes him stand apart from other bowlers. Moreover, he has the potential to generate the pace with his unorthodox action. Malinga can clock around 140 km/hr and can also surprise the batsman with slower balls and off-cutters. Malinga’s career rose to fame when he achieved the feat of taking four wickets in four consecutive deliveries against South Africa.  Malinga almost turned the match in Sri Lanka’s favour by doing this wonder.

Due to Malinga’s precise line and length, he is one of the most successful bowlers in ODI history. Malinga is the only bowler to have three ODI hat-tricks under his belt, making him a dominant force in the limited overs cricket. He registered his third hat-trick in ODI against Australia in 2011 by dismissing Johnson, Hastings and Doherty. Restricting the opposite side in the death overs still remains Malinga’s forte after playing for 15 years at the international level. He has carved his place in the list of Sri-Lankan legends alongside players like Sangakkara, Muralitharan, Jayawardene and Jayasuriya.

Malinga has been associated with Mumbai Indians for over a decade now. He has shone on many occasions but his five-wicket haul against Delhi Daredevils is regarded as his best IPL performance. Taking five wickets in a T-20 match is still a dream for many bowlers, but Malinga achieved this incredible feat in 2011 by dismantling Delhi’s batting line-up. Moreover, three of the five batsmen were clean bowled by the veteran.

Having played for only one team in his IPL career, Malinga has played an integral role in many matches for Mumbai Indians. One of his best bowling performances was against Deccan Chargers in 2012, where he snapped four wickets and conceded only 16 runs in his spell. Deccan Chargers managed to put only 100 runs on the scoreboard due to Malinga’s lethal spell.

Malinga’s accomplishments are not limited to IPL. He has proved his worth in the Big Bash League too while playing for Melbourne Stars. Malinga’s exceptional spell in BBL was against Perth Scorchers when he destroyed Perth’s batting line-up by taking six wickets. He conceded only seven runs in his four overs, which included a maiden too.

A string of injuries has certainly hampered Malinga’s career in the last few years. His pace and fitness level have declined, but his line and length still remain unaltered. Malinga will be hoping to depart from the national side on a winning note and winning the World Cup the cherry on the cake for his career. It has been more than two decades since Sri Lanka lifted the trophy in 1996, under the captaincy of Arjuna Ranatunga.

Partnering with Suranga Lakmal and Nuwan Pradeep, Malinga will be intending to prosper in the English conditions. Along with Yorkers, Malinga has also incorporated slower balls and bouncers in his arsenal.

Malinga has taken 322 wickets in 218 ODIs with an economy of 5.34. It is worth to note that he has eight five-wicket hauls in his ODI career. Sri Lanka will commence their World Cup campaign against New Zealand on June 1.