In a fine season as captain, Shreys Iyer has taken Delhi Capitals to the play-offs. 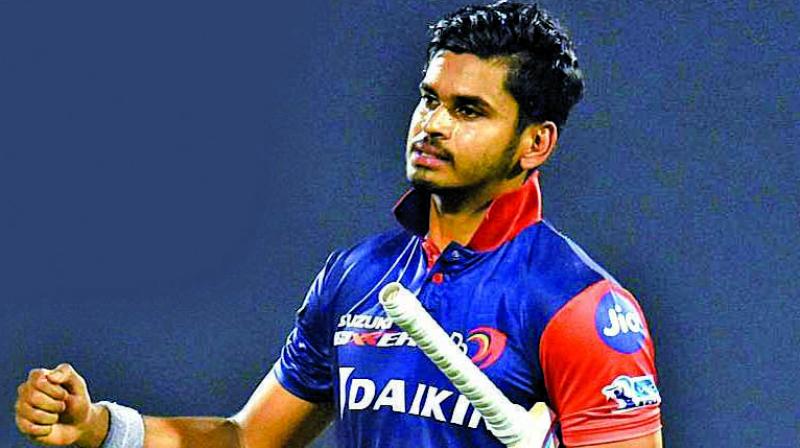 Shreyas Iyer was a footballer in his younger days, but he clearly picked the right sport after being made to choose between the two by his father. It was Santosh Iyer who had a dream that his son Shreyas would become a famous cricketer. Not only has his dream been fulfilled, in Shreyas shining bright in this year’s IPL but also his dream has been captured in a 13-minute documentary titled Shreyas Iyer — A father’s dream.

“I was on the lookout for the next big cricketer from Mumbai. There was a lot written about Prithvi Shaw, Sarfaraz Khan and Amaan Jaffer. I wanted someone else to feature. I thought Shreyas was the one. Back then he had played only one season of domestic season,” explains Aayush Puthran, who interviewed his coaches Pravin Amre, Vinod Raghavan, Shreyas’ friends, parents and sister for the film and that’s how the documentary was made.

“His father wanted his child to become a cricketer”, explains Puthran.

Shreyas’ dad Santosh, speaking exclusively to The Asian Age says, “Any cricketer’s father or mother’s dream would be that their child would excel and play cricket at a good level and represent India one day.”

“I was asked to suggest the title of the film and that’s how it came about as a father’s dream,” Santosh adds.  “In last year’s IPL we were happy that Shreyas was asked to lead the Delhi team midway. It was a great responsibility for a 23-year-old to lead a mix of such senior Indian and foreign players,” he goes on to say.

“This year again I was very happy that he retained the captaincy but my only concern was that the captaincy should not affect his batting. But it went the positive way as he became more responsible as a batsman also,”  said the retired businessman, who owned a courier and cargo company.

“Delhi Capitals has young players, a fantastic coach in Ricky Ponting and a great mentor in Sourav Ganguly. They are getting along very well as a team and the results are there to be seen,” adds the proud father. 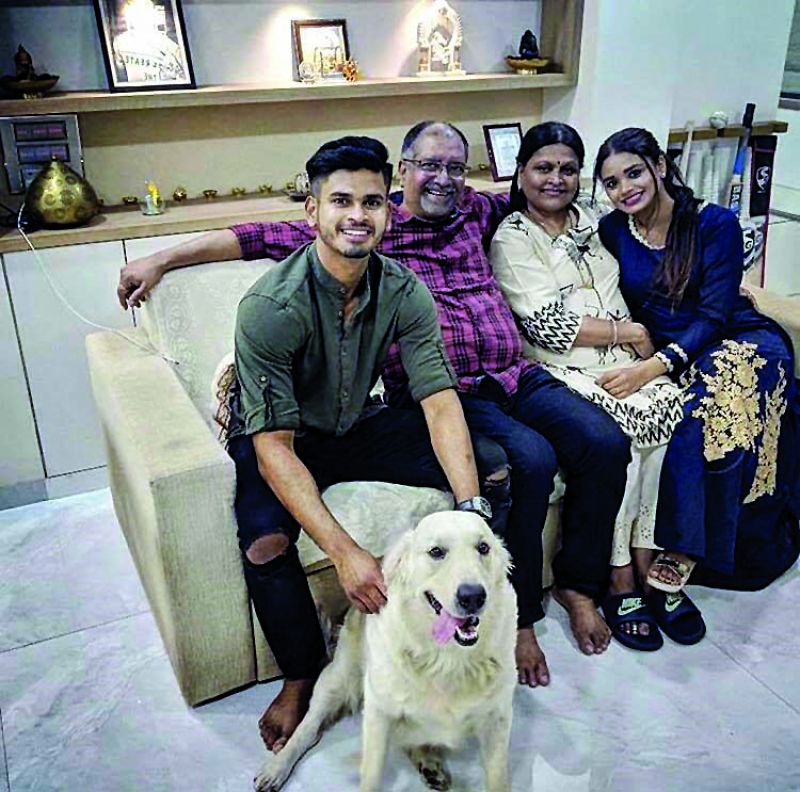 “Shreyas had different coaches at Under-13, Under-14, Under-16 and Under-19 levels. He has been best looked after by Pravin Amre, who remains his coach,” says Santosh.  Giving more of his son’s background, Santosh says, “My son is a commerce student from R.A. Poddar college. Other than cricket he loves football and used to take part in football matches. He is also a good badminton player. He loves listening to music, reading motivational books and biographies. He also loves watching  English movies.”

Shreyas’ mother (Rohini Iyer) is a housewife who has sacrificed a lot for his son while her younger daughter Shresta has completed her BA in Psychology.  “Shreyas has made us feel proud and hope he will keep doing so in the future,” the father concluded.

Shreyas has played six ODIs and six T-20 internationals for India. In a particularly good season for Delhi Capitals, Shreyas has led into the play-offs, which is a fine turn of fortunes for a team that was struggling so much it even went in for a name change for good luck. Given such a performance, there is every chance that Shreyas will figure in more T20’s for India.

Shreyas was picked by Delhi Daredevils for Rs 2.6 crore in the 2015 auction and went on to perform well enough to win the ‘IPL Emerging Player’ award that year. He has a good Ranj record too after being promoted as an opener, besides shining in the half dozen ODI appearances for Team India. More will be heard of this young man with a future after his inspiring work for a refurbished Delhi Capitals side in this year’s IPL.

Missed the bus for World Cup team
Shreyas did not make it to the World Cup squad. He was edged out by Vijay Shankar as a middle order batsman, medium-fast bowler and outstanding fielder – a 3-in-one cricketer as the chief selector MSK Prasad put it. Ironically, Shankar is yet to shine in the on-going IPL.

Shreyas is among the unlucky ones like Rishabh Pant in being close to selection but not quite making it. Pant lost out to Dinesh Karthik as the KKR skipper is the better wicket-keeper and is expected to cover for Dhoni if Team India’s wicket-keeper batsman takes ill or is injured. Beyond the World Cup is when the future may open up opportunities for the likes of Pant and Iyer who may prove match winners in ODIs and T20.