Sports   Cricket  03 May 2018  I could take Ewin Lewis down in an over, says Sandhu
Sports, Cricket

I could take Ewin Lewis down in an over, says Sandhu

While the daunting task of turning the season around lies ahead for Mumbai Indians, former cricketers have their say. 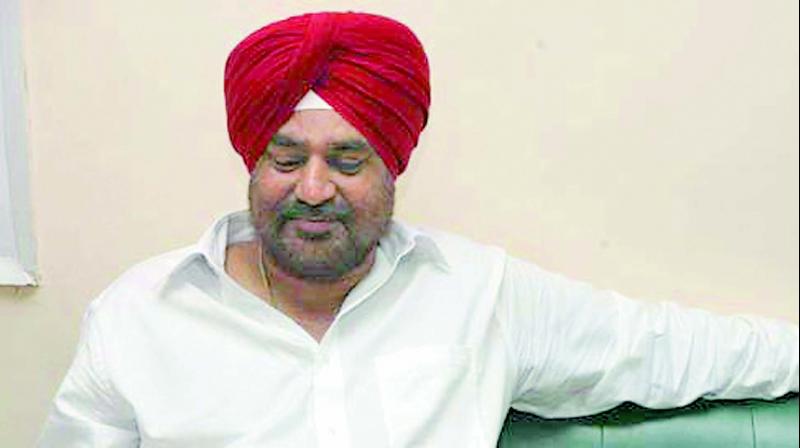 Mumbai Indians snatched Evin Lewis at the auction for `3.80 crore in this year’s IPL auction for his ability to send the ball into top tiers of the stand. The 26-year-old West Indian has also been compared to mighty Chris Gayle for the same. The MI think tank was very pleased after securing Lewis’s service for the team. However, the costly gamble  has not paid off and as a result the elimination looms large on the defending champions.

Former Mumbai-pacer Balwinder Sandhu feels differently about the left-handed batsman. It is the technique that does not seem to impress him. “He cannot even stand one over against me” are the words of the 61-year old.

In his seven innings as an opener, the West Indian has gone back to the dugout twice without opening his account. However, Lewis has laid the foundation on a couple of occasions with scores like 65,46 and 47 with an aggressive strike rate. Sandhu blames the support staff to not point out his mistakes. “They have a bigger support staff than the squad. They should have pointed it out from the very first game. His head is always falling when he bats and that’s not how a batsman goes against pace,” he says with disappointment and anger in his tone. “He cannot even stand an over against me. One in-swinger and one out-swinger, he’s gone,” he says. “I think Surya (Surya-kumar Yadav) and Rohit should open.”

A change in batting line-up or shuffling of players, nothing seems to be clicking for Mumbai Indians right now as they suffered another defeat at the hands of RCB on Tuesday. The loss marked the sixth for the Mumbai franchise in eight games and the uphill task of bouncing back still lies ahead with six games remaining for the defending champions.

The equation looks moderately unyielding for the Rohit Sharma-led side while the table-toppers Chennai Super Kings are already racing away with 12 points in eight games. 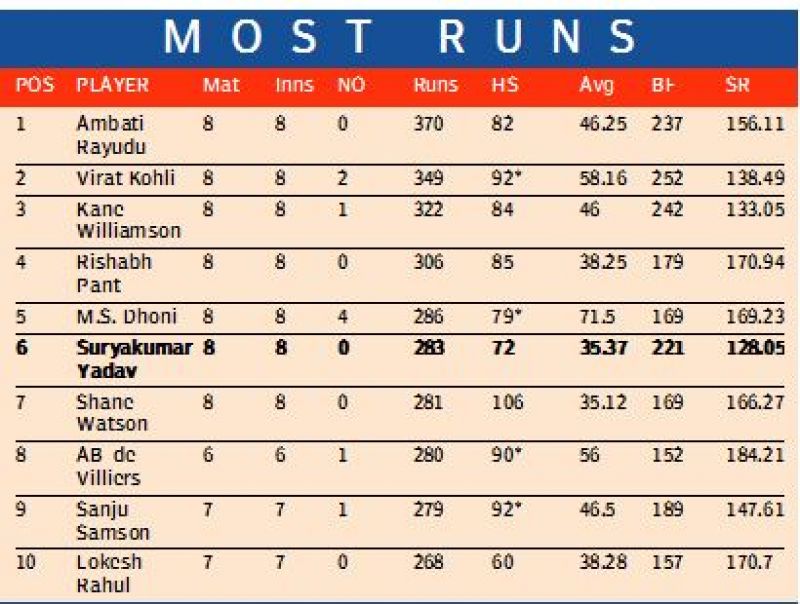 Rohit for number 3
Many have argued that the opening spot in the right place for Rohit, Sandhu argues that Rohit is the best at the number three position from his experiences with the MI skipper.

“I think it was Deodhar Trophy in 2006 or 2007 and I was the coach of the team in which Rohit was playing, he had just come from the Under-19 team.

He came in at number six and got 20-30 runs. I told him to bat at number three in the next game and he got a brilliant 150,” he starts off in fury.

“I called up Kiran (More) who was the selector then to tell him about Rohit’s innings. A couple of knocks like those and he was called up for India ‘A’ even before he played for Mumbai domestic team. Sometimes I’m disappointed to see him bat at number four or five. He is a real stroke-maker who needs to come up the order, preferably at number three,” as Sandhu recommends. 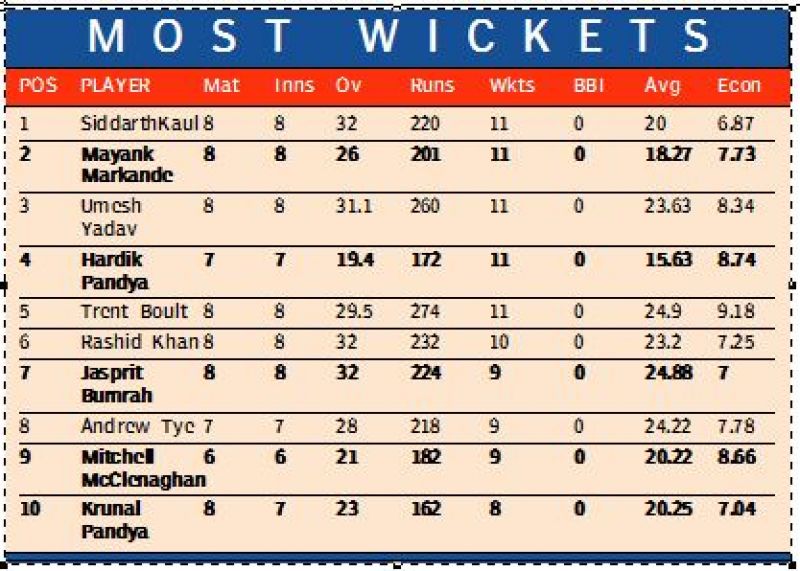 Bowlers stay in the game
While the batting line-up has been under fire for not doing the job, the bowlers have not followed their counterparts. The stats speak for them, with five of Mumbai’s bowlers being on the list of top 10 wicket-takers this season.

Mayank Markande and Hardik Pandya have bagged 11 wickets are tied with Sunrisers Hyderabad’s Siddarth Kaul who holds the purple cap for most wickets. Jasprit Bumrah with nine, Mitchell McClenaghan and Krunal Pandya have eight wickets each.

On the other hand, Surya is the only Mumbai batsman who is remotely close to the race for the orange cap with 283 runs in eight innings. He is at number six in the race for the cap. The next MI batsman in the list is Rohit at 21 with 196 runs followed by Lewis at 22 with 194. 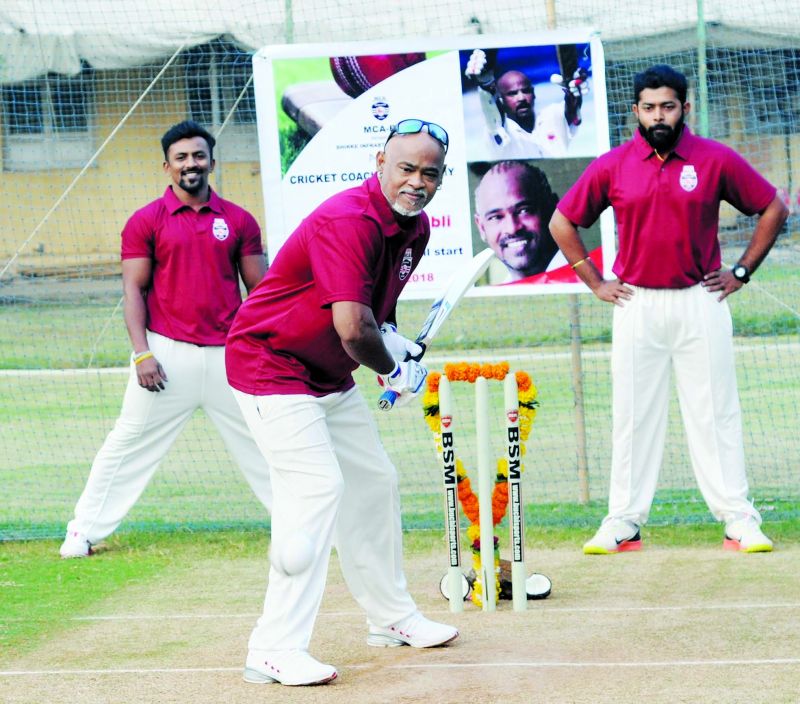 Kambli backs the side, says Pollard needs to improve

The former middle-order batsman backs Rohit and Co. to still go one and turn the tables. The task is not completely impossible since the team has not suffered a single thumping loss this season. Most of the losses have come in the final over, unfortunately.
Being a Mumbaikar, Vinod Kambli has seen Rohit closely over the years. While the pressure lies in his batting position, Kambli believes that he should stress more as a captain rather than a batsman. “He needs to lead as a great captain that he is,” says Kambli. “Rohit is in a different frame of mind altogether. It is his decision to change his position in the batting line-up.”

“I feel that Pollard needs to pull up his socks. There is no pointing resting him because they are paying him money. He can tear down any bowling attack and now is the right time to do that,” he further adds.

Mumbai Indians will face Kings Eleven Punjab in Indore on May 4 for a do-or-die game. Only then will we see if Rohit opens or Pollard keeps his spot.