Sports   Cricket  03 Apr 2019  'We'll include some new guys who can produce positive results for us': Kohli
Sports, Cricket

'We'll include some new guys who can produce positive results for us': Kohli

Royals broke their duck with a 7-wicket win in Jaipur, spearheaded by Shreyas Gopal’s 3 wickets and Jos Buttler's 59 runs. 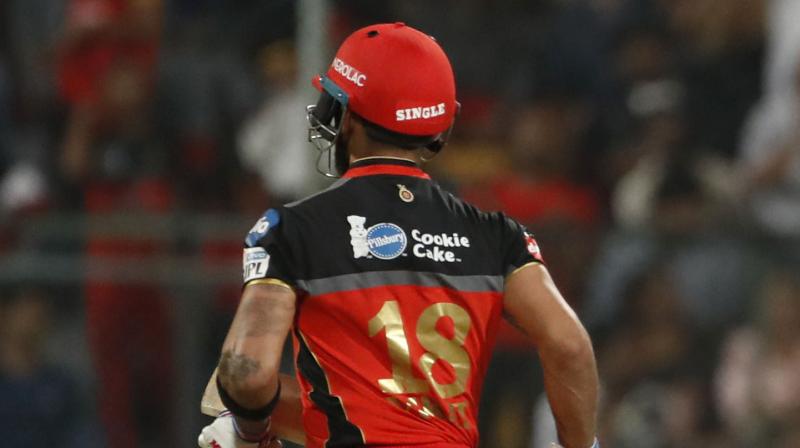 Kohli dropped his Rajasthan counterpart Ajinkya Rahane on one and his team dropped three more catches to aid their opponents’ chase. (Photo: API)

Mumbai: Royal Challengers Bangalore captain Virat Kohli has hinted at making wholesale changes to his team after Tuesday’s Indian Premier League (IPL) defeat to Rajasthan Royals left them the only winless side in the Twenty20 tournament.

With both sides without a victory in their first three matches, it was the Royals who broke their duck with a seven-wicket win in Jaipur, spearheaded by Shreyas Gopal’s 3-12 with his leg-spin and a 59 from Jos Buttler’s bat.

Kohli dropped his Rajasthan counterpart Ajinkya Rahane on one and his team dropped three more catches to aid their opponents’ chase. Rahane went on to make 22 and combined with Buttler to give Rajasthan a brisk opening stand of 60.

“In a tournament like the IPL, when the team doesn’t have any momentum, things can get difficult,” Kohli said after the game.

“The guys can get a little tight in the field. Bodies can get stiff. A bit of nervousness as well.

“Look we have to consider everything. The team hasn’t got off to a great start. These things (dropped catches) look really bad when they happen in this sort of phase for a team.”

Despite having Kohli and talismanic South African AB de Villiers in their ranks, Bangalore’s batting has failed twice in four matches.

They were all out for 70 in the IPL opener against Chennai and bundled out for 113 on Sunday against the Sunrisers, losing by a huge margin of 118 runs. They fared better against Rajasthan, scoring 158-4, but it still proved inadequate.

“We will definitely sit down and consider talking about what we can do. What can we do to get the balance right. Hopefully get some fresh guys in and they can make some cracking match-winning performances for us and get the team going.”

Kohli, who also skippers India in all three formats, has his work cut out for him if he is to lead Bangalore to a first IPL title after losing their first four games.

“We have 10 games to go. If we start turning things around pretty soon, then we can get on a roll as well. We have to keep believing as a side,” he said.