Needing 327 to win, Gujarat were seven for the loss of one wicket in their second innings 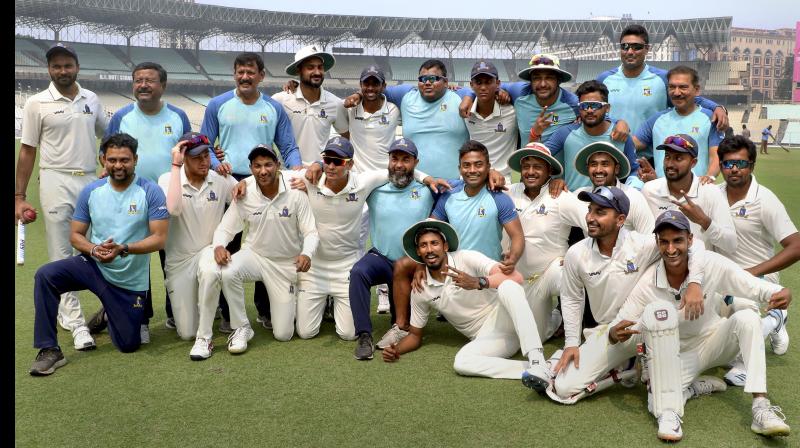 Members of the Bengal team pose after reaching the final after beating Karnataka in the semifinal at Eden Garden, Kolkata, on Monday. PTI Photo

Rajkot: Arpit Vasavada's gritty 139 propelled Saurashtra to set a challenging 327-run target for Gujarat on the fourth day of their Ranji Trophy semi-final here on Tuesday.

After Chintan Gaja's fiery spell brought Gujarat back into contention on the third day, Vasavada's seventh first-class hundred, third this season, swung the momentum in favour of the hosts.

Courtesy his ton and handy contributions from Chetan Sakariya (45), Chirag Jani (51) and Dharmendrasinh Jadeja (21), Saurashtra recovered from a dismal 15 for five to post 274 in their second innings. They had a 52-run lead and hence the target set was 327.

When stumps were drawn, Gujarat were seven for one with opener Priyank Panchal (0) back in the hut.