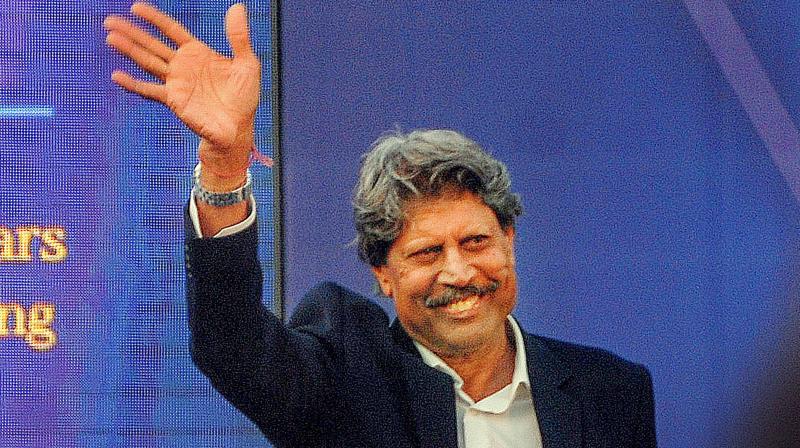 New Delhi: Kapil Dev feels slowing down of reflexes could be the reason behind Virat Kohli's struggles in New Zealand and the Indian skipper needs to "practice more" to overcome the age factor.

The 31-year-old Kohli managed just 38 runs in the two Tests at an average of 9.50 in New Zealand. In the preceding limited overs series, he scored 180 runs including a half century, making it a forgettable tour for himself.

"This phase comes in every batsman's career. After turning 30 everyone says there is a dip in the eyesight and that takes 6 months to one year to get used to it," Kapil Dev told ABP news.

"I think he (Kohli) needs to adjust his eyesight a bit. When big players start getting bowled or LBW to incoming deliveries then you have to tell them to practice more," he added.

The World Cup winning Indian captain said that several batsmen like Virender Sehwag, Rahul Dravid and Vivian Richards have had similar difficulties. "It shows that your eyes and your reflexes have slowed down a bit and in no time your strengths turn into your weaknesses. From 18-24, your eyesight is at the optimum level but after that it depends on how you work on it."

Kapil Dev feels Kohli needs to tighten his technique and practice more and felt the IPL stint will help the 31-year-old to adjust to the development. "When your eyesight weakens then you have to work on your technique. The same ball which he used to pounce on so quickly, he's getting late on it now.