Ind vs SA: Momentum with India

It was important to win first match, says Virat Kohli. 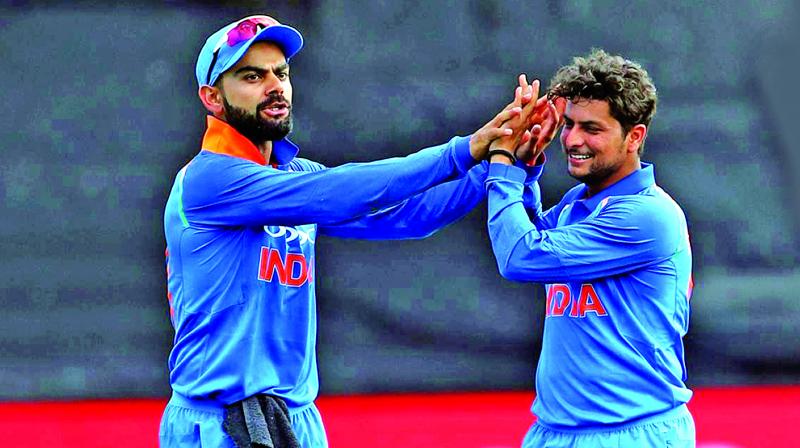 Durban: India captain Virat Kohli on Thursday said that the six-wicket victory in the first one-dayer against South Africa will give his side the momentum in the remainder of the six-match series. The visitors chased down a target of 269 set by South Africa with 27 balls to spare.

“First match of the series is important. We wanted to take the momentum of the (third) Test win into this and when we restricted South Africa to 270 on this sort of a pitch, we were happy,” Kohli, who hit 112 of 119 balls for his first ODI hundred in South Africa, said after the match.

Asked about his first hundred on South African soil, he simply said “Yeah it was quite special”. He said he was very happy for Ajinkya Rahane who scored 79 of 86 balls batting at number four and shared with him 189 runs for the third wicket.

“Jinx (Rahane) is a top class player. We understood fast bowling was going to be a big factor in this tour. He was superb, he took on the fast bowlers,” said Kohli who was adjudged man of the match.

On the performance of his bowlers, Kohli said, “Bhuvi and Bumrah, we bank on them. Picking up one or two wickets in the top ten is what we wanted to do.

“And then the two wrist-spinners (Kuldeep Yadav and Yuzvendra Chahal), outstanding bowling by both of them. They are working wonderfully for the team. They are playing in South Africa for the first time. They were very brave, they were throwing it up and that's why they got wickets.

“As a captain, it’s outstanding when you have two guys who know what they want to do.” South Africa captain Faf du Plessis said he was disappointed with his side’s batting show.