Pakistan Test captain Misbah-ul-Haq has said that captaincy change won't be enough and there is a need to change the entire system. 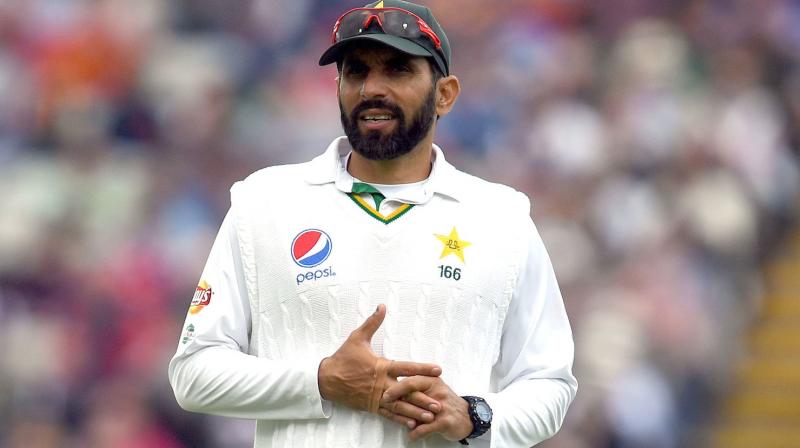 Misbah-ul-Haq also insisted that he will not announce his retirement at this stage. (Photo: AFP)

Karachi: Asserting that 'age does not matter in sports', beleaguered Pakistan Test skipper Misbah-ul-Haq has insisted that he will not announce his retirement at this stage but will assess his physical fitness level prior to the West Indies tour before making any decision.

Misbah has been at the receiving end towards the late end of his career. However, leaving the 0-2 thrashing against the Black Caps, followed by 0-3 whitewash against Australia, the 42-year-old has been the shining star for the side.

"Obviously, some people were waiting to criticise me and finally, after six years they got this chance," the Dawn quoted Misbah as saying.

"Age does not matter (in sports); it is the level of physical fitness which helps you to continue playing, and I will not announce my retirement at this stage. First, I will assess my fitness in the (coming) PSL and then in domestic matches for Faisalabad which are to be held before the West Indies tour," said Misbah when asked whether his age of 42 years was the factor behind some critics seeking his retirement from cricket.

The 42year-old also inspired Pakistan to the top of the ICC Test team rankings for the first time in history. Although their stint at the top was short-lived as India replaced them.

"After checking my fitness level as to where I stand, I will make up my mind about my (playing) future," Misbah stated.

When asked about some cricketers being in favour of wicket-keeper/batsman and national T20 skipper Sarfraz Ahmed being named as Test captain too, Misbah said that it was the domain of the Pakistan Cricket Board (PCB) anyone as captain.

When asked as to who would be his suitable replacement as skipper, Misbah said would not be appropriate for him to reply on the same.

After the Test series debacle in Australia, Pakistan didn't show any significant improvement in the ODIs under Azhar Ali Down Under as they lost the five-match series 1-4.

However, Misbah also threw his support behind the under-fire ODI skipper, saying, "With just one change (that of skipper) things will not be corrected as there is a need to change the (entire) system."