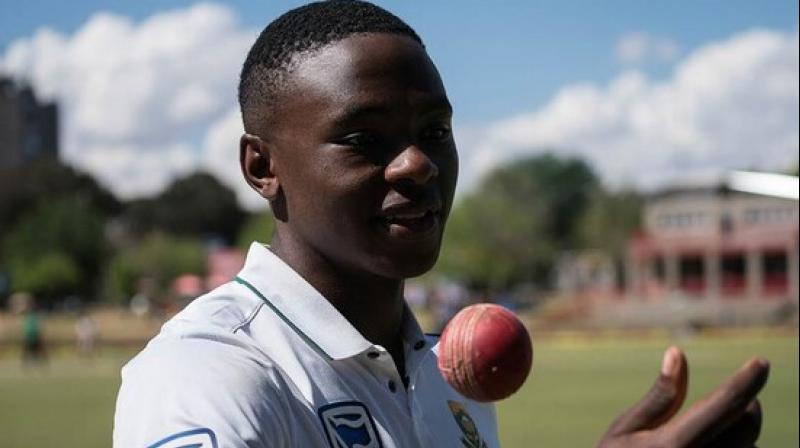 A day before the second Test against England, South African skipper Quinton de Kock said that pacer Kagiso Rabada is geared up for the forthcoming clash. (Photo:AFP)

Cape Town: A day before the second Test against England, South African skipper Quinton de Kock said that pacer Kagiso Rabada is geared up for the forthcoming clash.

"I do not know what the case was before, but there is definitely a lot more fire in KG's (Rabada) eyes at the moment," ESPNcricinfo quoted De Kock as saying.

De Kock said that Rabada was highly motivated and delivered a match-winning performance.

"It seemed like he was very excited to get going and very motivated. He brought that onto the field, he added.

With this win over England, the Proteas open their account in the World Test Championships standings. The team gained its first 30 points in four Tests.

It was the first Test win for Proteas after five successive defeats and sixth consecutive win at Centurion. This is the first time that South Africa have defeated England in a Boxing Day Test.

Both the teams will now face off against each other in the second Test at Cape Town commencing on Friday.