Laments Mumbai coach Vinayak Samant after Mumbai failed to qualify for Ranji Trophy playoffs with a game to go. 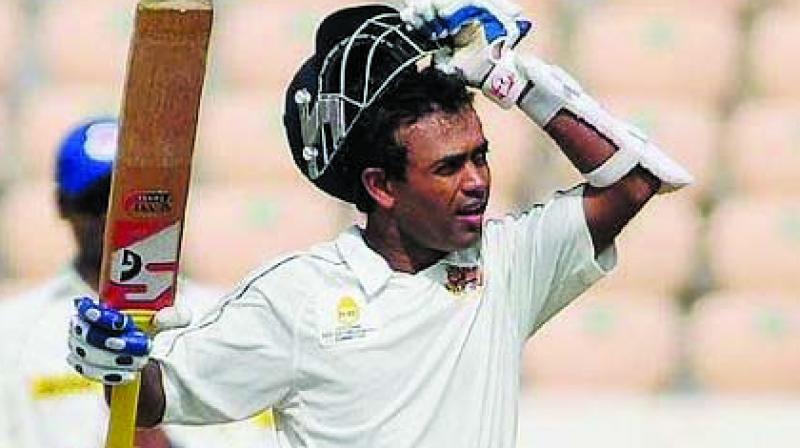 Their miserable campaign was summed up with humiliating innings and a 146-run loss to defending champions, Vidarbha on New Year’s day.

After a high in one-dayers at the start of the season, Mumbai fell flat in the format they love. The 41-time Ranji Trophy champions failed to qualify for play offs in the eighth round of Elite Group A and B, with a home game to go against Chhattisgarh on January 7.

Their miserable campaign was summed up with humiliating innings and a 146-run loss to defending champions, Vidarbha on New Year’s day. Mumbai are languishing at the 14th position in Group A and B, which comprises of 18 teams. Their group is topped by state mates Vidarbha and Gujarat, who are sitting at second position, and is followed by Saurashtra.

To add insult to injury, Mumbai discarded Wasim Jaffer and coach Chadrakant Pandit, who were the main architects of their loss. Former Mumbai skipper, Jaffer, who is the top run-getter in Indian first class cricket, scored 178 in the first innings, but home spinners bundled out Mumbai batsmen cheaply in both innings.

Pandit, who is in his second term as Mumbai’s coach, led them to the last title in 2015-16 season and final in 2016-17 season before Mumbai Cricket Association appointed Cricket Improvement Committee chose to revamp things and appointed Sameer Dighe as coach. Dighe lasted just one season as Mumbai lost to Karnataka in the Ranji Trophy quarterfinals played in Vidarbha and failed to win anything in limited overs cricket.

Another former Mumbai stumper Vinayak Samant was selected as Dighe’s replacement for this season and he showed immediate results with a title win in his Vijay Hazare Trophy triumph. His team however couldn’t replicate it in long format matches and failed to win any match outright, even after seven matches.

“Our batting failed on a consistent basis. Batsmen could carry on to convert starts into big scores. (Jay) Bista, (Shreyas) Iyer, (Shivam) Dube and Siddhesh Lad scored hundreds but couldn't carry on. Lad showed intensity on a consistent basis before not doing well in the last game. We needed 4-5 players with traditional khadoos attitude to stay at the wicket and make a big score for the team. There was a lack of application from batsmen at times and partnerships were missing,” Samant rued on Wednesday.

Mumbai didn’t possess the services of Ajinkya Rahane, Prithvi Shaw and Rohit Sharma who helped them win the Vijay Hazare Trophy. Shreyas Iyer also only lasted for three matches and made his presence felt with scores like 178 and 83.

“Yes we missed them, Rahane and Co. brought so much positivity in the dressing room during the Vijay Hazare Trophy besides contributing big with the bat. We could never settle as a team in Ranji Trophy and develop a winning combination. Injuries and lack of performances prompted frequent changes, which didn’t help us as players felt insecure and at times played to stay in the team. Some senior players struggled with the bat. Iyer scored big in two matches showing what a player like him can do,” Samant pointed out.

Samant who has experience of over a 100 first class matches behind him admitted that injuries of premiere fast bowlers like Tushar Deshpande and Dhawal Kulkarni further dampened their chances of winning. “We struggled in all departments. We missed catches in fielding, and in bowling, we were not able to take twenty wickets. Injuries to Tushar who made a promising start in the tournament and later to Dhawal further dented our chances,” he said.

The Mumbai coach was disappointed by the loss to Vidarbha on Tuesday and said that an unlucky toss was the major reason for losing. “It was a turning track so the toss became a major factor. We also had played two spinners but only one spinner took wickets. Once they won the toss and scored big, it became difficult for batsmen to cope with the turn on deteriorating wickets,” he said.

The Mumbai team is now focused on their last game at Wankhede stadium and Samant opined that they have to be stronger to beat other teams who have fast caught up on quality and make formidable rivals.

“We want to play good at home and end the Ranji Trophy season with an outright win. We have some good cricketers and U23 level and club cricket will need s smooth transition to the senior level. We have to be more stronger and develop that killing instinct like in the past,” he signed off.