Not preparing better for Australian conditions cost Pakistan the series 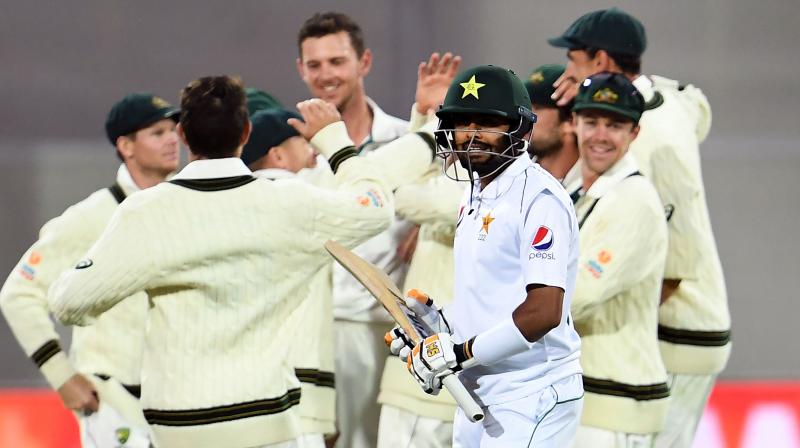 Despite the crushing loss, Azhar Ali said the team would take some positives from the tour. (Photo: AFP)

Adelaide: Pakistan captain Azhar Ali said Monday that adapting to conditions more quickly and building partnerships were both crucial if his team hoped to snap a miserable Test record in Australia.

The visitors crashed to an innings and 48 runs defeat in the second Test at Adelaide, following an innings and five-run loss in Brisbane. It added to an already poor record Down Under, with Pakistan now beaten in 14 consecutive Tests on Australian shores.

Azhar said it was crucial for more A team tours to give young hopefuls experience of what to expect in local conditions. "They will get a lot of benefit from that," he said, adding that Test teams arriving in Australia earlier would also help.

"These are the best batting conditions anywhere in the world. If you can get used to the bounce and pace you can make runs. But it needs to be a team effort, partnerships are important," Azhar said.

"To win Test matches we also have to take 20 wickets and we have to work out how we can do that in Australia. Getting in front of the game here is very important."

Pakistan did have some successes during the tour. Babar Azam reinforced his reputation as a top-notch batsman, hitting a century in Brisbane and 97 in Adelaide.

Spin bowler Yasir Shah also adapted well to score a maiden Test hundred. But they were let down by an inexperienced and young fast bowling attack that was taken apart in Adelaide by David Warner on his way to 335 not out.

Despite the crushing loss, Azhar said the team would take some positives from the tour. "We lacked in all departments in both Tests but we take some positives," he said. "If you don't bowl good line they always score quickly and you have to field well. When you get in, score big and make big partnerships.

"Babar has been exceptional in this series, that's a great positive," he added. "It's very hard here with a young bowling attack, we came with a lot of expectations but it didn't go well. We will learn a lot."