The top order has struggled against the Indian quicks, and Chandimal said they needed to learn how to build innings. 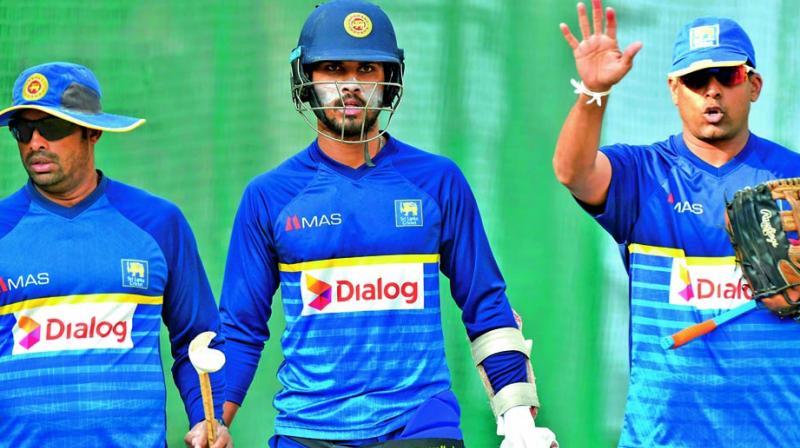 New Delhi: Sri Lanka captain Dinesh Chandimal on Friday said they would miss the experience and guile of left-arm spinner Rangana Herath as the visitors seek to hold Virat Kohli’s India at bay at the third Test that gets under way at the Kotla here on Saturday.

“Rangana is a big loss unfortunately as he has got a back injury. We have got Lakshan Sandakan and Jeffrey Vandersay in our line-up. They have a good opportunity to play.

“We haven’t decided on anything yet but most probably we are going to do a few changes.”

The middle-order mainstay of his team came to the defence of misfiring senior batsman Angelo Mathews, saying all the batsmen needed to perform against the rampaging Indian attack after they almost lost the opening game in Kolkata and crashed by an innings and 239 runs at Nagpur.

“Mathews is a senior batsman we have got in our batting line up but it’s not only him. There are other senior batsmen also. And even for the youngsters, they all have to take responsibility when they are out there in the middle.

“So it’s not only about Angelo but also about others, who have to stand up and perform in the middle,” he added.

The top order has struggled against the Indian quicks, and Chandimal said they needed to learn how to build innings.