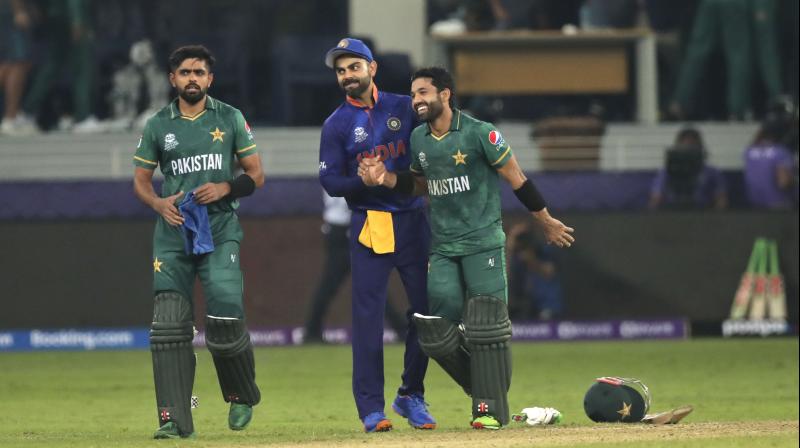 New Delhi: The Delhi Commission for Women (DCW) on Tuesday issued a notice to Delhi Police regarding the online threats of rape to the nine-month-old daughter of Indian cricketer Virat Kohli and Bollywood actor Anushka Sharma.

In the notice issued to the Deputy Commissioner of Delhi Police Cyber Crime Branch, the DCW has demanded that immediate action be taken against the online troll.

Taking suo moto cognisance of the threats, DCW stated, "It has been reported that online threats are being given to rape the nine months old girl child of Virat Kohli since the team's defeat in the recent India Pakistan cricket match."

"It is learnt that he is being also attacked since he spoke against the incessant trolling of his teammate Md Shami who was targeted for his religion by online trolls," it added.

The notice has been undersigned by DCW chairperson Swati Maliwal who has sought the aforesaid information latest by November 8.

Notably, Indian cricketer Mohammad Shami was subjected to online abuse after India suffered defeat against arch-rival Pakistan on October 24 in the ongoing ICC Men's T20 World Cup. As soon as the match ended, fans on Instagram and Twitter made derogatory statements against Shami.

Reacting to this trolling, Virat Kohli on Saturday lashed out at "spineless" people and said that making fun of people has become a source of entertainment for some, which is actually a disappointment.