India eager to play in Delhi despite growing concerns over air pollution. 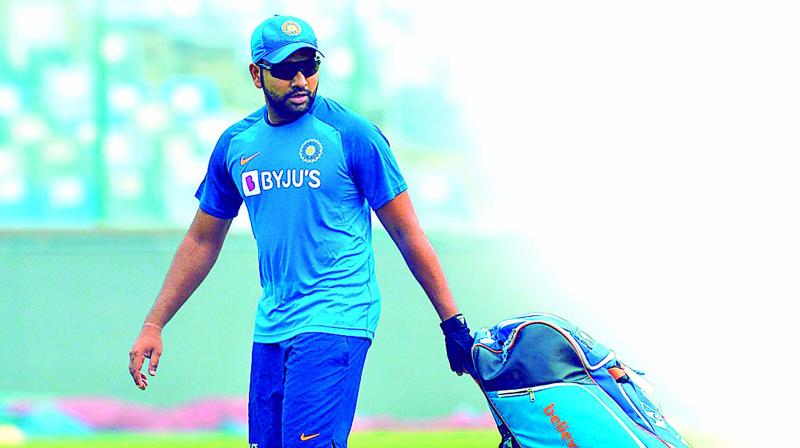 Rohit Sharma during a training session in New Delhi on Friday. (Photo: AFP)

While the Bangladeshi players wore anti-pollution masks during the fielding session in the morning, there was no such concerns for the Indian team as they trained in the afternoon.

“The BCCI president called the team to check on its well being. Sourav Ganguly had a discussion with stand-in skipper Rohit Sharma on how the team is coping up with the situation. Indian captain has confirmed that the team was fine and had a full outdoor training session without any issue,” a BCCI source said.

Meanwhile, the Central Pollution Control Board (CPCB) has advised the Delhi and Districts Cricket Association (DDCA) to “wash trees inside the Feroz Shah Kotla premises” and “track polluting items within its 2 km radius” ahead of the game.

Rohit survives scare
Rohit, who was hit on his left abdomen during a net session, has been declared “fit and available” for the first T20. Rohit received the blow early into the net session while taking throwdowns. After a few throwdowns, one sharp delivery hit Rohit on the inside region of left thigh.