Sports   Cricket  02 Oct 2020  It's gonna be a big hits contest between Rishabh Pant and Andre Russell in DC vs KKR match
Sports, Cricket

Pant needs it more than Russell as three of his peers, KL Rahul, Ishan Kishan and Sanju Samson have all got runs under their belt. 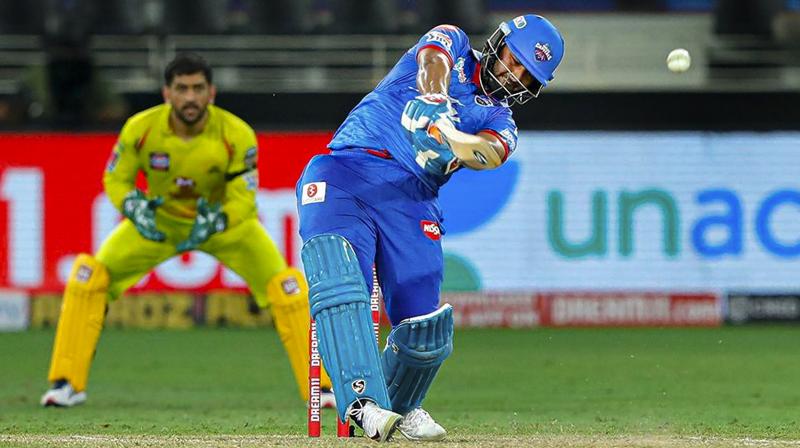 If there is Shubman Gill, Andre Russell and Eoin Morgan in one side, there is Rishabh Pant, Marcus Stoinis and Shreyas Iyer on the other end, all capable big-hitters and ever-ready to add to the whopping 62 sixes that has been hit on this ground in the two games held there so far. (Photo | PTI)

Sharjah: Andre Russell’s brute power will meet its match in Rishabh Pant’s fearless approach when Kolkata Knight Riders face Delhi Capitals with an aim to light up the Sharjah skyline in what promises to be another six-hitting IPL contest here on Saturday.

Russell gave a glimpse of what is in store with three sixes on a big Dubai ground against Rajasthan Royals while Pant will be itching to throw caution to the winds and play his natural game of destructive edge of the seat hitting.

In fact, Pant needs it more than Russell as three of his peers, KL Rahul, Ishan Kishan and Sanju Samson have all got runs under their belt, something that the beefy man from Roorkee so desperately needs. This will be the first weekend of double headers in the IPL and there couldn’t have been a better ground for that than Sharjah with ridiculously short boundaries promising another run-fest.

If there is Shubman Gill, Andre Russell and Eoin Morgan in one side, there is Pant, Marcus Stoinis and Shreyas Iyer on the other end, all capable big-hitters and ever-ready to add to the whopping 62 sixes that has been hit on this ground in the two games held there so far. KKR have been slowly getting into the groove with some comprehensive performances while Capitals, after two fine victories, hit a roadblock against Sunrisers Hyderabad in their last outing.

For the Knights, their young pace attack of Kamlesh Nagarkoti and Shivam Mavi will have their task cut out on a batting paradise where their temperament will be put to test. In Sharjah, a bowler is destined to go for runs and how the two manage that and try subtle variations will be key to KKR’s success.

KKR is unlikely to tinker with their winning combination even though Sunil Narine as an opener hasn’t worked well for them in the three games with only 24 runs scored by the Trinidad all-rounder. However, he has bowled his full quota of overs in three games with a decent under 8 economy rate and two wickets. There is Tom Banton as a reserve opener but keeping the dimensions of the Sharjah ground into equation, KKR will pursue with Narine provided he can attack the weak link in the DC attack which obviously will be an Indian pacer — be it Mohit Sharma, Ishant Sharma or Avesh Khan.

The problem with most of the Indian pacers in DC is either back of the length or length balls which is cannon fodder on Sharjah strip, something bowling coach Ryan harris would like to work on. In their batting department, Shimron Hetmyer is yet to fire but again the same formula that applies to Narine in KKR is also applicable on the former West Indies U-19 World Cup winning captain, provided he can take on Kuldeep Yadav and Varun Chakravarthy.

Hetmyer has had some degree of success against Kuldeep in the international games and it could be an engaging contest provided he gets a chance to bat on a track where history always favours the top four batters from either side.