Broad achieved the feat on day one of the Ashes Test at Edgbaston. 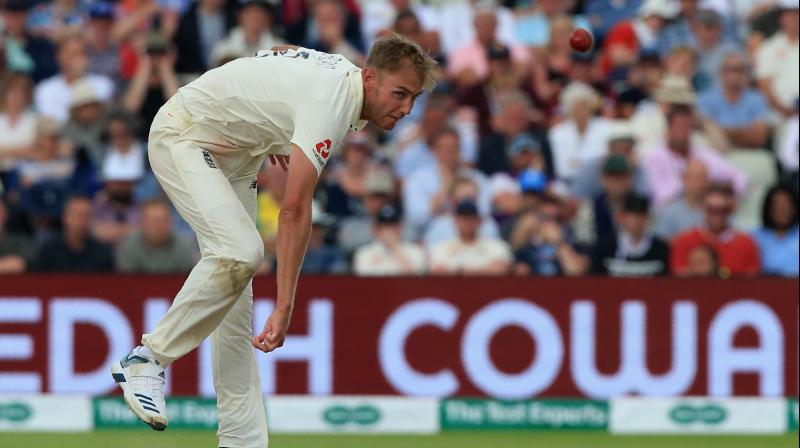 Broad achieved the feat on day one of the Ashes Test at Edgbaston.

Broad ended up with the bowling figures of 5-86 and by dismissing Smith, he brought up the milestone of 100 wickets.

He is the 19th bowler to reach the landmark.

Broad's team-mate James Anderson has 104 Australian wickets to his credit, but the pacer did not get a chance to add more wickets to his name in the first innings, as he left the field due to tightness in his right calf.

On day one, Australia got off to a horrendous start after opting to bat first, but Steven Smith registered his 24th Test ton to enable the side to reach 284 runs.

England came to bat and they did not lose any wicket, reaching the score of 10/0.

The Three Lions will resume their innings on Friday.