Sports   Cricket  02 Aug 2019  'Player should play only when he is ready' : Shakib Al Hasan
Sports, Cricket

'Player should play only when he is ready' : Shakib Al Hasan

Shakib's comment came after his side was whitewashed by Sri Lanka in a three-match ODI series from which he opted for rest. 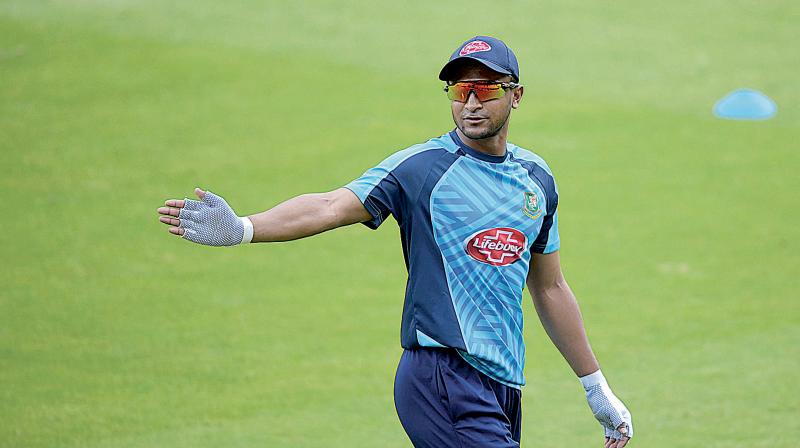 Shakib said that so many matches are being played and it is not possible for a player to play match after match. (Photo: AFP)

Dubai: A player should step out on the field to play only if he is both mentally and physically fit, opined Bangladesh all-rounder Shakib Al Hasan, who was unavailable for the Sri Lanka tour.

"A player should play only when he is ready. If a player is not fit, it becomes tough for him, so fitness plays a vital role, and that could be both mental and physical fitness," ICC quoted Shakib Al Hasan as saying.

Shakib's comment came after his side was whitewashed by Sri Lanka in a three-match ODI series from which he opted for rest. Moreover, the leadership role was handed over to Tamim Iqbal as Mashrafe Mortaza was ruled out of the series due to a hamstring injury.

Both the teams were playing against each other after competing in the World Cup. Shakib said that so many matches are being played and it is not possible for a player to play match after match.

"In the modern age, there are so many matches, so it's tough to manage everything together. A player cannot play match after match, so the breaks are important. And these breaks create an opportunity for newcomers. The pipeline will be strong. So we have to plan compactly," he said.

Shakib stated the example of India, who keep changing their players across all three formats.

"Indian team can be a good example. Last year, they had the least numbers of players getting injured. Their rotation policy is the main reason behind this. And as an outcome, they got many players prepared and players got exposure," Shakib said.

"At the same time, when a new player came, they could start fresh and performed. Everyone got their rest, including Virat Kohli, in different formats. Very few players played in all the three formats in one series," he added.

"A player can go through such bad phases in his career. What I think is that he needs a good rest, to recover, to freshen up and make a strong comeback. I am sure he will do this," Shakib said.