`Pneumonia-hit` Chandimal permitted to use inhaler during Colombo Test

Chandimal missed his side's huge 304-run defeat against the Virat Kohli-led side at the Galle because of the same illness. 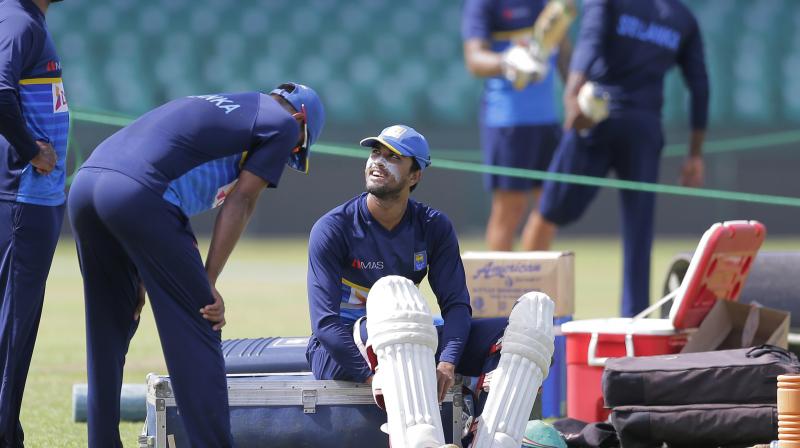 Dinesh Chandimal returns for the second of the three Tests against India. (Photo: AP)

Johannesburg: The International Cricket Council (ICC) has granted permission to skipper Dinesh Chandimal to use an inhaler during the upcoming second Test against India following a bout of pneumonia.

The 27-year-old, who was named as Test captain last month, missed his side's huge 304-run defeat against the Virat Kohli-led side at the Galle because of the same illness.

Keeping the same in mind, Chandimal has been allowed to use an inhaler to ease breathing while recovering from pneumonia.

However, it should be noted that there are many inhalers which contains substances that are banned by sporting authorities.

"I am much better. Thanks to the ICC they gave permission for me to use the inhaler, and that will help me breathe properly. Rangana is also fit to play," Sport24 quoted Chandimal as saying.

Besides Chandimal's return to the squad, Lanka are also boosted by veteran spinner Rangana Herath's comeback into the Test squad after being declared fit following a finger injury.

Meanwhile, Chandimal also hinted at playing two left-arm spinners in the next Test, with uncapped Malinda Pushpakumara likely to make his debut in a team, which is currently struggling with injuries.

"Most probably Malinda will come into the side. Dhananjaya (de Silva) has more chance to replace Asela (Gunaratne). We'll have to see the surface," said Chandimal.

Lanka, who are trailing 0-1 in the three-match series, will aim to bounce back when they take on India in the third Test, beginning Thursday at the Sinhalese Sports Club ( SSC) Ground.