No ‘big bang’ start to World Cup as forcasted

The margins of victory in the first two matches not only show the one-sidedness of the contests, but cast a shadow on the remaining too. 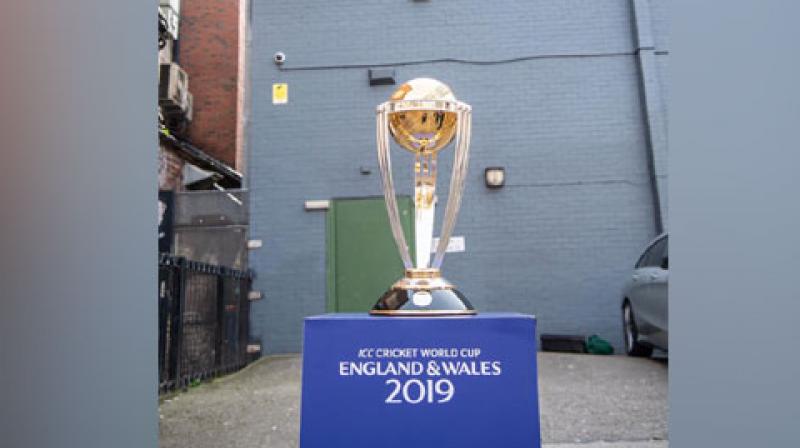 The anticipated ‘big bang’ start to the World Cup didn’t happen. South Africa were disappointingly mediocre against England in the tournament opener, while Pakistan were roundly walloped by West Indies the next day.

Every pundit has forecast that the 12th edition of cricket’s blue riband tournament would be the most ‘open’ and competitive in its history. It might yet be, as I write this on the eve of the third match, but not unless teams buckle up to the task.

The margins of victory in the first two matches not only show the one-sidedness of the contests, but cast a shadow on the remaining too. Suddenly, the disparity between the top 4-5 teams and the remaining seems vast.

The bowlers did extremely well to restrict England to 311 on a flat track, but the South African batting, with a couple of exceptions, just didn’t measure up to a task that in all honesty wasn’t extraordinarily difficult, well as England bowled.

Bravado unaccompanied by good sense will inevitably show up as false. Injury to Amla was obviously upset the rhythm, but most of South Africa’s top order batsmen were guilty of throwing away their wickets.

Pakistan’s performance was disastrous from the word go. The batting crumbled against aggressive bowling by the West Indies, and with only 100-odd to defend there was only so much the bowling, in spite of Aamir Khan hitting prime form, could do.

Mind you, the World Cup comes with enormous pressure of expectations on all participating teams. Several players – even renowned and experienced – can suffer stage fright early on.

This is not so much a function of ability as it is of temperament. Settling down to the pace and rhythm of the World Cup is not easy, and the best players have been known to experience the heebie-jeebies.

Which does not mean that recovery is impossible. The 1983 and 1992 World Cups are an example of how things can turn around suddenly, with one outstanding performance (remember Kapil Dev’s unbeaten 175 vs Zimbabwe?), strong collective commitment assisted by a dash of luck.

What’s crucial, however, is how quickly the transformation happens. In a long-drawn tournament like this World Cup – and the fact that it is being played on a round-robin league basis, gives opportunities for comebacks.

But this is unlikely to happen unless players/teams are able to make a quick assessment of problems, and do a swift makeover to regain or snatch the momentum from other teams.

Neither South Africa nor Pakistan can be written off. But it is instructive that the former have never won the World Cup even with better teams. The onus on Faf du Plessis and his players, therefore, is enormous.

On the other hand, Sarfraz Ahmed and Co are being reminded of Pakistan’s dramatic triumph in 1992 as both solace and inspiration after the first-match debacle against the West Indies.

This is not unfounded, but it is pertinent to remember that in 1992, Pakistan had in Imran Khan a brilliant all-round skills and commanding stature as captain, besides two other outstanding players in Javed Miandad and Wasim Akram.

The most heartening aspect of the first week has to be the performance of the West Indies.

After being in the doldrums for more than two decades, to see Caribbean flair, dash and aggression in full flow was a delight. Whether this tempo can be maintained is the big question.

Which brings me to India, who begin their campaign next Wednesday. While the warm-up matches were a mixed bag, it will help the team that they play South Africa — under duress after the loss to England — first up.

India’s first challenge is to find the best combination for the conditions. There will obviously be changes depending on pitches and opponents, but it is imperative that the ‘core team’ finds good form early.

While India start late in the tournament, they have four tough matches on the trot (South Africa, Australia, New Zealand, Pakistan). Some might argue that this is a tad unfair. I believe it’s an opportunity to be frontrunners.