England have opened their World Cup 2019 campaign by registering a win over South Africa. 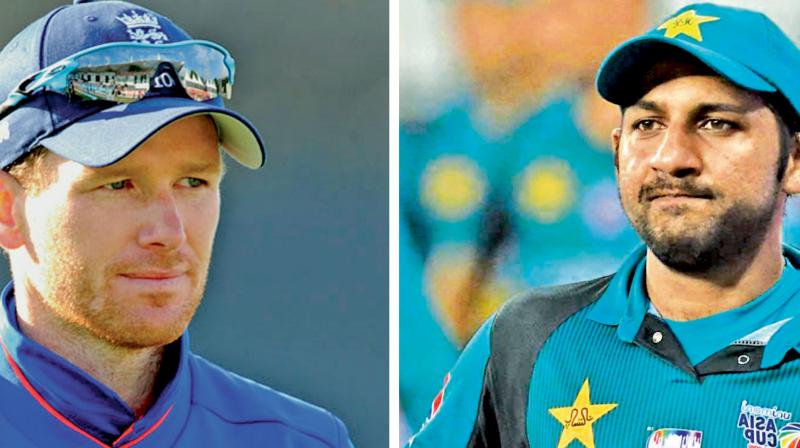 The trio of Imam-ul-Haq, Babar Azam and Fakhar Zaman is expected to propel Pakistan to a good start.

Mumbai: West Indies thrashed Pakistan by seven wickets in the second match of ICC World Cup 2019. After facing a humiliating defeat against West Indies, the Men in Green are hoping to bounce back in the mega-event. However, it will be an uphill task for Sarfaraz and Co as they will be facing tournament favourites --England.

England have been in scintillating form lately, and have already hammered Pakistan in the last ODI series.

England have opened their World Cup 2019 campaign by registering a win over South Africa. After posting 311 runs on the board, England was successful in restricting South Africa to 207. The all-round display of Ben Stokes stole the show as he picked up two wickets and also played a knock of 89 runs.

Considering the recent form, most people are likely to place their bets on England winning the game.

The English batsmen will be a prominent part of the Dream11 team due to their astonishing run of form against Pakistan. Jason Roy, Joe Root, Jos Buttler and Jonny Bairstow are expected to serve the role of ‘game-changers’ for the English side.

On the other hand, Pakistan would be hoping to add stability to their batting line-up. Pakistan's batsmen failed miserably in establishing a steady partnership against West Indies. Most of their batsmen succumbed to the fury of Oshane Thomas and Jason Holder.

The trio of Imam-ul-Haq, Babar Azam and Fakhar Zaman is expected to propel Pakistan to a good start. Meanwhile, Jofra Archer would be anticipating to scalp early wickets for England. Pakistan was successful in lifting the Champions Trophy 2017, and their journey has not been an easy once since then.