Sports   Cricket  02 Jun 2019  'Australia will give Windies taste of their own medicine': Coulter-Nile
Sports, Cricket

'Australia will give Windies taste of their own medicine': Coulter-Nile

Aaron Finch-led Australia also notched up a convincing seven-wicket victory over Afghanistan and will next face West Indies. 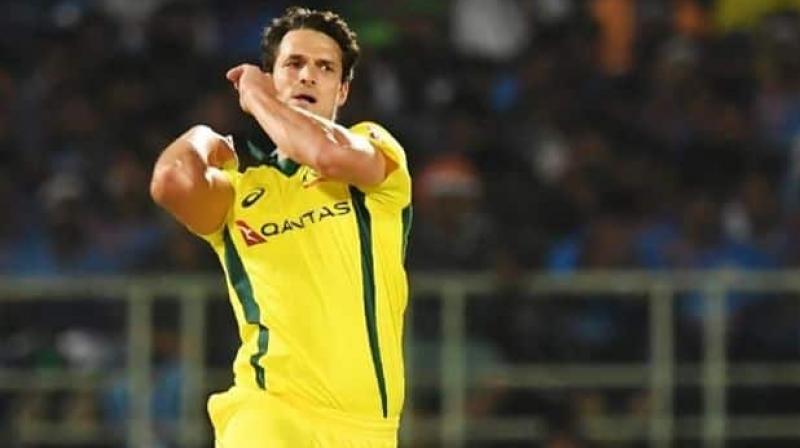 A blistering Oshane Thomas-led pace attack swept Pakistan away for a dismal 105 in under 22 overs on Friday as West Indies wrapped up an easy seven-wicket victory at Trent Bridge. (Photo:AFP)

West Indies used plenty of short-pitched deliveries to dismantle Pakistan in their Cricket World Cup opener but the Caribbean batsmen will get a taste of their own medicine when they face champions Australia, fast bowler Nathan Coulter-Nile has said.

A blistering Oshane Thomas-led pace attack swept Pakistan away for a dismal 105 in under 22 overs on Friday as West Indies wrapped up an easy seven-wicket victory at Trent Bridge.

Aaron Finch-led Australia also notched up a convincing seven-wicket victory over Afghanistan in Bristol on Saturday and will next face the exciting West Indies.

“You’ve got to give it (bouncers) to the Windies, otherwise they just get on the front foot and pogo you everywhere,” the 31-year-old told reporters.

“We’ll definitely give it to them, we give it to every team. You’ve got to use your two (permitted bouncers per over).

“The grounds are so small and the wickets are generally pretty flat, so you’ve got to use bouncers when you can.”

Early matches have shown that short-pitched bowling could be a recurring theme in England and West Indies all-rounder Andre Russell said his team would take a similar approach against Australia.

The defending champions will also have to contend with an explosive West Indies batting line-up led by opener Chris Gayle.

The former captain recently returned to the ODI fold and proved he has lost none of his touch, despite approaching his 40th birthday, with a 34-ball 50 against Pakistan.

But with fast bowlers Mitchell Starc and Pat Cummins also in the side, Coulter-Nile was confident Australia had the firepower to neutralise him.

“Oh Starcy will knock his off pole out,” Coulter-Nile joked. “It will be easy.

“I think you just need to be aggressive at him. He’s still smacking them but he is getting older. “