Super over glory for MMCC Pune 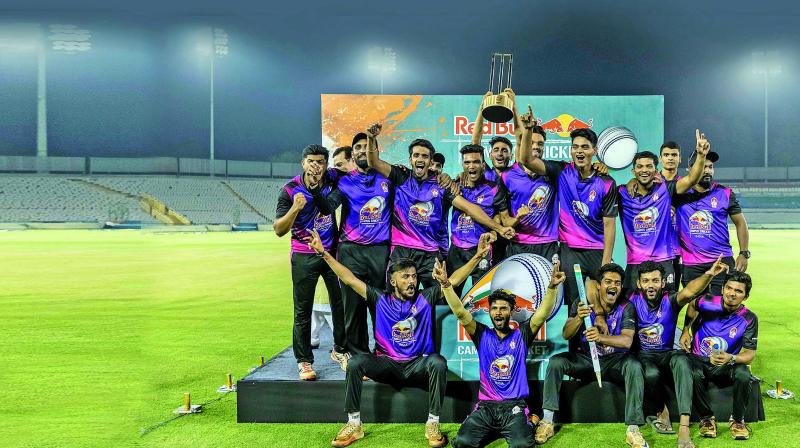 The Pune team will now battle it out with teams from Pakistan, Sri Lanka, Bangladesh, UAE, South Africa, Australia and England in the Red Bull Campus Cricket World Series Championship 2018, which will be held in Sri Lanka in September this year.

Red Bull Campus Cricket India finals were held from May 28 to May 31 in Chandigarh with eight college teams from across the four different zones competing.

In the final, Pune team scored 139/6 after batting first at IS Bindra Punjab Cricket Association stadium in Mohali. In response, Rizvi tied the match with  the identical score of 139/6 resulting in a super over.

Even in the super over, both the teams scored 12 runs each. However,  umpires declared Pune Team as the winner on the basis of higher number of boundaries scored by them.

While the tournament looks for the best college cricket team in India, Red Bull Speedster finds the country’s fastest bowler at the college level. Red Bull Speedster was hosted across eight cities at the RBCC regional finals, with winners progressing to the national finals. These eight fast bowlers competed in the finals where Akash G from Gurunanak College Chennai was crowned as India’s fastest college-level bowler. He will earn the opportunity to train with Varun Aaron and Javagal Srinath.

India cricketer KL Rahul praised the tournament. “Red Bull Campus Cricket was a game changer for me. It gave me the platform to express myself and grow as a cricketer. Due to injuries, I was dropped from the state side and at that time, it was Red Bull Campus Cricket that played a prominent role in my development. Thereafter I was thrilled to have had a good tournament and be selected for Karnataka. I have never looked back since,” he said.

Srinath, who is the Technical Director of Red Bull Campus Cricket, called it a good opportunity for college cricketers. “Many youngsters tend to drop out of colleges in order to pursue their dreams in the world of cricket but this tournament helps to improve their game without comprising on academics. It is great when colleges like MMCC Pune, Rizvi College Mumbai and DAV College Chandigarh, get the opportunity to play at the national and international level at such an early stage," he said.